TORONTO — When Meaghan Hines moves into a rental apartment ahead of her fifth year at the University of Waterloo in Ontario it will be a massive relief.

After months of searching, the biology student thought she finally found a place in mid-July, but once she delivered a deposit and signed a lease, she discovered the landlord had taken on too many tenants. 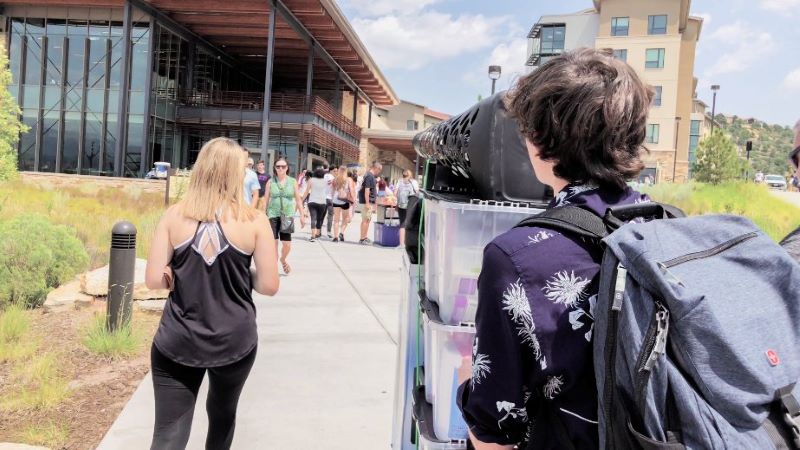 Hines restarted the hunt, but found the market even more heated, so she settled on an unfurnished place from the same landlord that was $100 more per month and farther to school than her last rental.

“I had no choice other than to find a place and knowing that all the prices are going to be way higher than usual because of the demand, it’s caused me to pick up extra shifts,” she said. “It’s quite stressful.”

Hines’ experience is a sign of a surging rental market, raring back to life after the first two years of the pandemic saw landlords slash rents and offer incentives to keep tenants.

Some of the surge is attributable to a rebound in immigration rates and people returning to city centres for work just as a drop in home sales and prices have spooked some sellers into renting out their properties instead.

The surge is coinciding with the return to school in September. That means the market is seeing the usual influx of first-year students along with upper years swapping homes, but also a wave of people itching for places of their own, after living with their parents when the pandemic struck and classes were remote.

“Everyone’s panic signing leases,” said Hines. “(My friend in Waterloo) is paying like $980 a month, which is absolutely insane, but everyone’s just taking what they can get, even though it’s so expensive.”

Those renting one-bedroom units were paying as much as $2,412 in Vancouver last month, 19 per cent more than the previous June, and as little as $973 in Saskatoon, a three per cent bump from June 2021. In Waterloo, where Hines is, the average rent sat at $1,224, up 18 per cent from last June.

“Rents are going through the roof,” said Omkaar Kamath, a second-year management engineering student at the University of Waterloo.

He knows students who have been searching for a place to stay since May and have had little luck.

Kamath turned to Facebook groups advertising rentals, but found the listings get scooped up within a day of their posting.

While he recently found a friend who will sublease him a place to stay, if that deal falls apart, he knows it will be costly.

“I’m going to have to negotiate even harder for a higher salary or look for a co-op that provides more just because I don’t think I’ll be able to keep up with the rent,” he said.

Before she secured a rental, she visited at least 12 homes. She found a place for $1,190 a month, but the rent has since been increased by $50.

Her brother, who is juggling classes with a full-time job, often pitches in for whatever amount Ramisa can’t cover after working 20 hours a week with her school’s students union.

“Since I work night shifts, there are times I was there until 4 a.m. and the next morning again, I had to go to school,” she said.

While most students struggle with covering rent, the market can be even more harsh for international students who pay higher tuition fees and don’t know the region well, said Umme “Mim” Mohsin, who is completing a master’s degree in international development studies at Dalhousie University.

She had a hard time finding a rental last year, when she came from Bangladesh, and has since noticed other international students facing more expensive rates.

Mohsin was house-sitting for a Bangladeshi friend recently, when a letter raising her pal’s rent by $100 to $1,100 arrived. Based on that experience, she told a couple coming to Canada for school to expect rent to be about $1,100, but they found $1,250 to be closer to the norm.

Many students from Canada and abroad turn to parents for help with rent, but others have to eke out payments through minimum wage jobs that take a “huge mental toll,” she said.

“We came here to study, but they are not able to fully concentrate because they have so many other worries,” she said.

“They have the rent, food and everything is very expensive now with inflation, so as international students, we are stuck struggling.”

This report by The Canadian Press was first published August 15, 2022.