The ideas contest provides graduate students the opportunity to devise a comprehensive design and development scheme for a large-scale site in an urban area. Members of the winning team were awarded a prize of $50,000 at the conclusion of the competition on April 8.

The remaining three finalist teams, with representatives from the Georgia Institute of Technology, University of Houston, Pennsylvania State University, and Columbia University in the City of New York, and the University of California Berkeley, each will receive $10,000.

While the competition normally takes place on-site, this year the competition was a fully virtual experience. This year’s competition asked students for proposals to create a thriving mixed-use, mixed-income area in the East Village neighborhood in downtown Kansas City, Missouri. The challenge brief asked the students to address housing affordability, equity, transportation, mobility, sustainability, and resilience in their proposals. 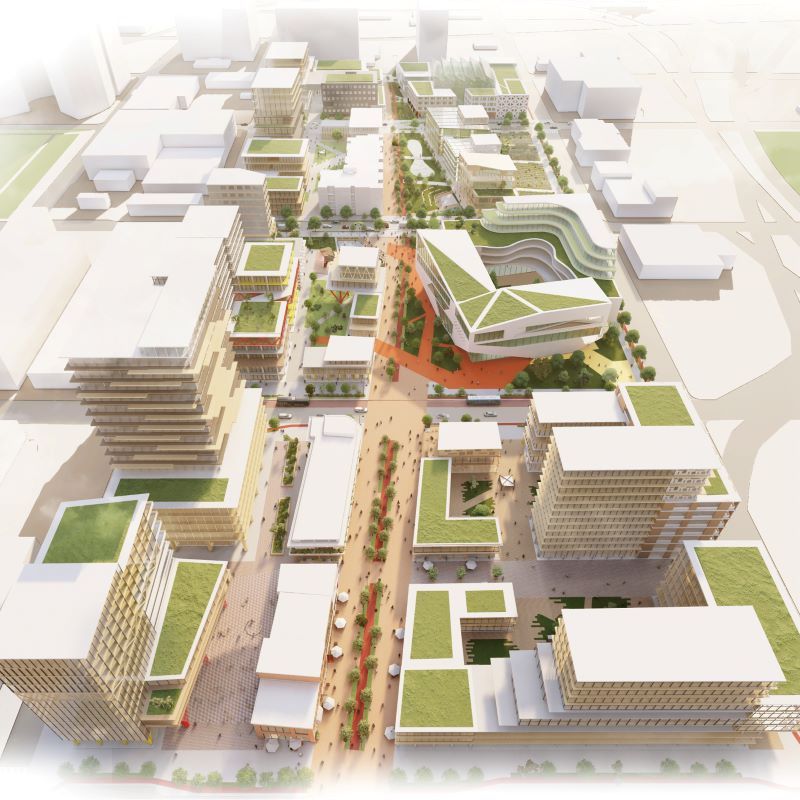 The four teams that advanced to the final round of the competition were chosen from 105 entries by a jury of 16 leading ULI members representing a broad variety of real estate and related disciplines. This year, students formed teams representing 61 different universities in the United States, Canada, and Singapore, including 31 teams with students from more than one university.

“On behalf of ULI, I want to congratulate the winners and finalists of the 2021 ULI Hines Competition,” said ULI Global CEO W. Edward Walter. “I commend them for the creativity and hard work that got them to the final stage of this competition. I also want to thank our jury members, who have devoted countless hours of their own time to reviewing and debating the proposals put before them. We welcome all of the competitors to ULI’s network of problem solvers and thought leaders, and I can’t wait to see their impact on the built environment of the future.”

The winning plan from Ryerson University, York University, and University of Toronto fused the East Village, Paseo West, and Kansas City’s Downtown Core. The team created a welcoming and affordable mixed-use development, where everyone who wishes to call it home, can. Designed around two key pillars, connectivity and resilience, this LEED neighborhood embodied inclusive and sustainable growth within Kansas City.

“Reflecting on this experience in its entirety, it’s surreal how much we’ve learned along the way,” the team said in a statement. “We started the competition with a shared vision to create an inclusive, sustainable and welcoming neighbourhood that felt uniquely Kansas City. Though each member of the team brought different skills to the table, we were strongly aligned in our aspirations for the site and were proud to present our proposal rooted in enabling physical and social connectivity and achieving economic and environmental resilience.”