The Canadian Real Estate Association (CREA) has updated its forecast for home sales activity via the Multiple Listing Service (MLS) Systems of Canadian real estate boards and associations – for the rest of 2019 and looking into 2020. 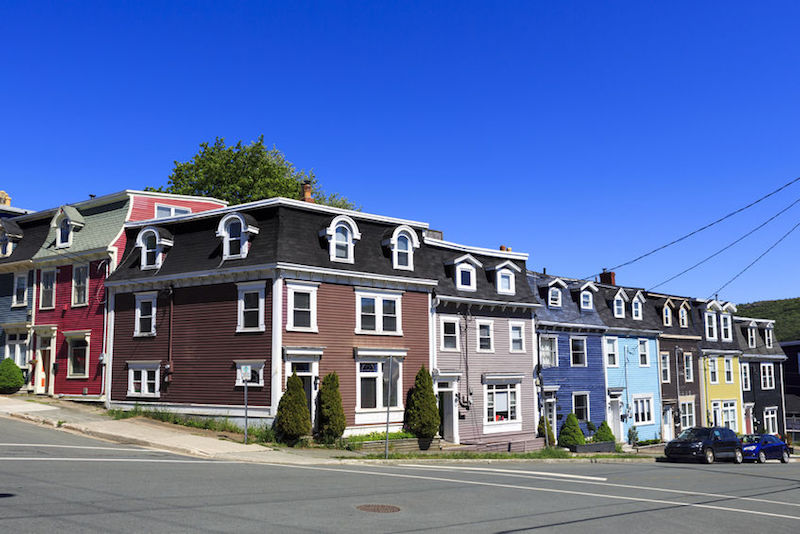 According to the CREA, economic fundamentals underpinning housing activity remain strong outside of the Prairies and Newfoundland and Labrador.

Population and employment growth have both remained supportive and the unemployment rate remains low. Expectations of the Bank of Canada raising interest rates over the rest of the year are unlikely.

Longer-term mortgage rates have been declining for home buyers and housing markets. Among those that have declined is the Bank of Canada’s benchmark five-year rate used by banks to qualify mortgage applicants.

Additionally, the Federal Government has recently launched its First-Time Home Buyer Incentive, a shared equity program in which the federal government finances a portion of a home purchase in exchange for an equity share of the home’s value.

The decline in the benchmark five-year mortgage rate has marginally relaxed the B-20 mortgage stress-test, which has dampened housing activity more than other policy changes made in recent years.

Home sales have improved by more than expected in recent months and there are early signs that home price declines in the Lower Mainland of British Columbia and across the Prairies may be abating. Meanwhile, home prices are re-accelerating across Ontario’s Greater Golden Horseshoe region.

The CREA states that the overall level of national sales activity this year and next is anticipated to remain below levels recorded prior to the implementation of the B-20 stress test.

National home sales are now projected to recover to 482,000 units in 2019, representing a 5 per cent increase from the five-year low recorded in 2018. 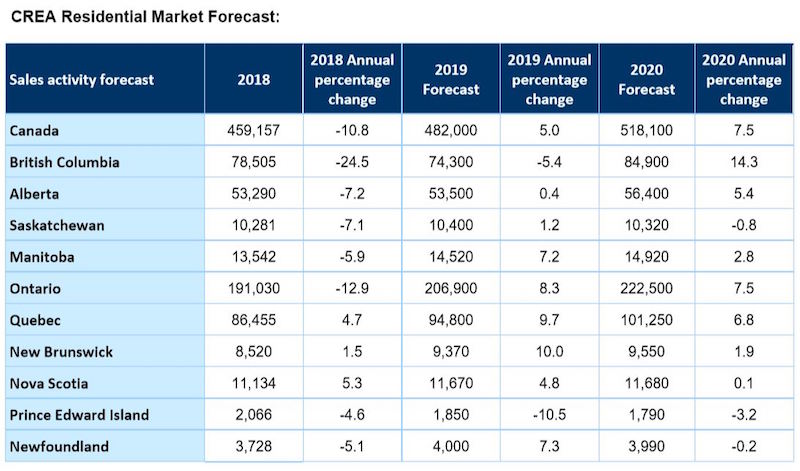 While this is an upward revision of 19,000 transactions compared to CREA’s previous forecast (85 per cent of which is due to upgraded British Columbia and Ontario forecasts), it represents a return of activity to its 10-year annual average.

It also remains well below the annual record set in 2016, when almost 540,000 homes traded hands. Notwithstanding the upward revision, the forecast for 2019 on a per capita basis remains the second weakest since 2001, according to the CREA.

British Columbia is expected to continue to weigh on national figures in 2019, with a decline of 5.4 per cent compared to 2018. This is expected to be more than offset by gains in Ontario (+8.3 per cent) and Québec (+9.7 per cent).

British Columbia, Alberta, Saskatchewan and Newfoundland and Labrador are all forecast to come in at or near multi-year lows in 2019.

Manitoba, Québec and New Brunswick are expected to set new annual sales records and activity in Ontario is forecast to be in line with the 10-year average for the province.

The national average price is still projected to stabilize in 2019, though with a small 0.5 per cent increase compared to the previously forecast 0.6 per cent decline.

The national average home price is projected to come in at $491,000 and average prices in 2019 are expected to fall in British Columbia, Alberta, Saskatchewan while rising in Ontario, Québec and the Maritimes. Meanwhile, the average price in Newfoundland and Labrador is anticipated to fall for the fifth consecutive year. 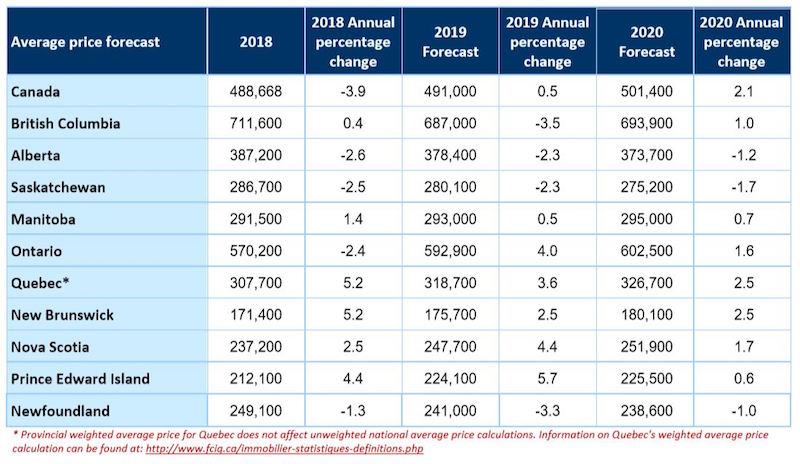 National home sales are forecast to rise by 7.5 per cent to 518,100 units next year, with most of this increase reflecting a weak start to 2019 rather than a significant change in sales trends out to the end of next year.

An anticipated increase of 14.3 per cent in British Columbia’s sales returns activity in line with the province’s 10-year average.

Ontario and Québec are predicted to see sales rise by about 7 per cent in 2020, while activity in Alberta will recover by about 5 per cent compared to 2019.

Average price trends across Canada in 2020 are generally expected to be more moderate versions of those in 2019, with small declines in Alberta, Saskatchewan and Newfoundland and Labrador, and modest gains in Ontario, Québec and the Maritimes. In British Columbia, the average home price is expected to stabilize next year following this year’s decline. 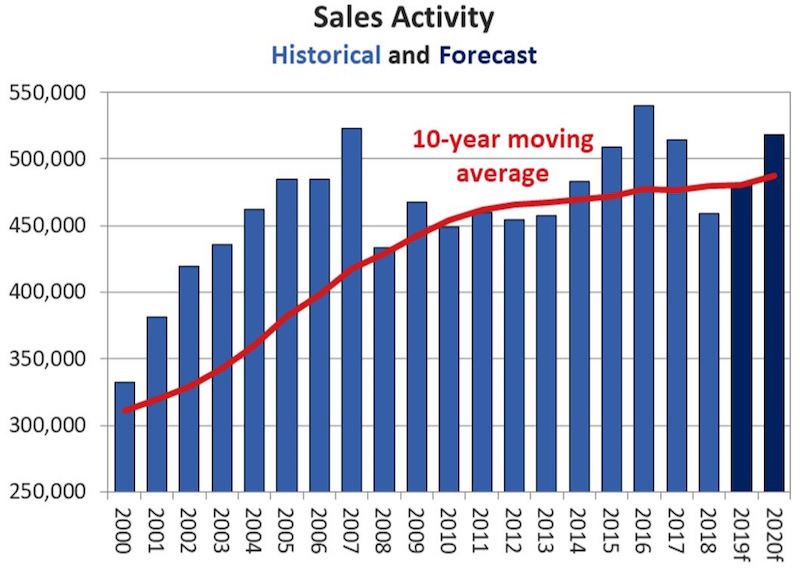