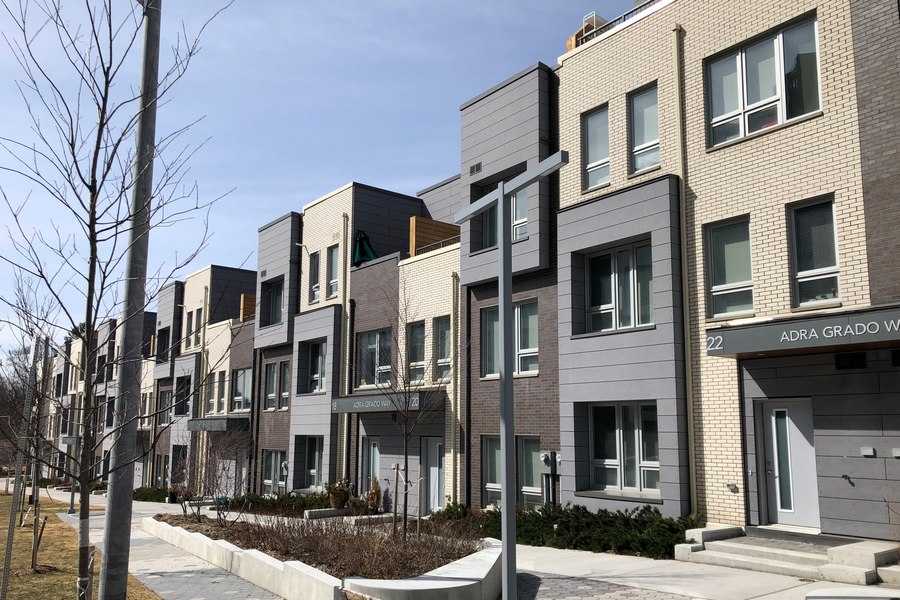 OTTAWA – The Liberals have done enough to honour their agreement with the NDP, but that doesn’t mean the federal budget will pass without opposition.

“We still have critiques and criticisms,” NDP Leader Jagmeet Singh said Thursday. “We’re concerned, deeply concerned, about the approach on the environment.”

He said the government should be spending more on clean energy instead of giving subsidies to fossil fuel companies.

The New Democrats held to that position in question period on Friday, with Quebec MP Alexandre Boulerice saying in French that billions in subsidies to oil and gas companies and the approval of the Bay du Nord project in Newfoundland shows the Liberals think they can solve the climate crisis by giving more money to the fossil fuel sector.

He called for funding for green jobs, a sentiment echoed by Alberta NDP MP Heather McPherson, who demanded clean-jobs training for her province’s workers and legislation on a just transition to a green economy.

Natural Resources Minister Jonathan Wilkinson responded that there is significant funding for Alberta and other Prairie provinces to diversify their economies as well as $4 billion to grow the critical-minerals sector.

“We are going to be working actively with the province of Alberta and with industry to ensure that we are moving forward in a manner that will create a clean economy, a prosperous economy and one that will support workers and communities to make this transition,” he said.

Conservatives, for their part, focused on hefty spending promises in the budget that they assert will grow inflation and make it harder for Canadians to enter and remain in the middle class. Finance critic Ed Fast accused the government of tabling a “tax and spend” budget.

Rachel Bendayan, associate minister of finance, replied that her government’s investments were delivering results, pointing to Statistics Canada jobs numbers released Friday that showed the country’s unemployment rate dropped to a low not seen since the late 1970s.

Friday is the first of four days of debate on the government motion concerning the budget. The Conservatives will have first crack at amending it, the Bloc Quebecois second. Both parties have indicated they’ll be voting against the Liberals.

The leaders of the Green party and Bloc Quebecois have also heaped criticism on the budget’s environmental promises.

Amita Kuttner said Thursday the plan to get to net-zero is not enough to meet Canada’s emissions reduction targets and the Greens wanted the budget to centre on climate change in every policy area.

Yves-Francois Blanchet, for his part, said he thinks the Liberals intend to be “the instrument” of the oil and gas industry.

Three of the four opposition parties are praising the Liberals’ emphasis on housing.

Finance Minister Chrystia Freeland said the commitment to double the number of homes built annually over the next decade is the “landmark ambition” of this budget.

Every Canadian deserves a safe and affordable place to call home.

Today I joined @JustinTrudeau, @cafreeland and colleagues in Hamilton to discuss our investments in housing and how they will help make life more affordable for you and your family. #Budget2022 pic.twitter.com/mGub4v4b0B

The $14 billion in new spending on housing also includes a two-year ban on foreign buyers, targeted funding for municipalities to build affordable housing and money to double the first time homebuyers’ tax credit. But the Liberals say they can’t go it alone.

“This is a problem not just that the federal government needs to solve,” Prime Minister Justin Trudeau said Friday at a housing announcement in Hamilton, Ont.

Trudeau said the Liberals are doing what they can to encourage other levels of government to take action.

The budget makes it clear that going forward, the federal government will find ways to tie infrastructure funding to housing commitments, for example.

The feds will also leverage the $750 million they promised to help municipalities make up for low transit revenues during the pandemic, to get provinces to work with cities and towns on building homes faster.

Kuttner said the Greens were “very happy to see the promise of 6,000 units” of co-operative housing.

Interim Conservative leader Candice Bergen said Thursday the Official Opposition didn’t find what it was looking for in the housing plan.

“It is a typical, classic NDP spend-and-tax budget,” she said at a news conference.

The Tories have spent the last several weeks in question period referring to Thursday as the release of Canada’s first NDP budget, demanding to know whether the Liberals would give in to the NDP’s “extreme demands.”

Bergen said the Liberals have “lost their way,” leaning further to the left.

“The Liberals that we knew even 10 years ago ceased to exist.”

Canada’s housing crisis can’t be left up to municipalities to solve on their own. We need federal leadership to build more supply. The NDP-Liberal budget fails to provide it. pic.twitter.com/7ufa5Mpi9n

The Conservatives were happy to see more than $8 billion directed toward the defence budget. They put forward a motion in the House of Commons earlier this week to raise defence spending to two per cent of Canada’s GDP, a significant increase that NATO allies have been calling for.

The budget plan will raise spending to 1.5 per cent, according to finance officials.

That piece of the plan isn’t sitting well with the Liberals’ main dance partner, but it isn’t enough to cause the confidence and supply deal to collapse.

That means when Parliament resumes sitting after a two-week break, the government can breathe easy knowing it has the numbers to survive any confidence votes on the budget motion.

After that, the budget implementation bill will be up for a debate of its own.

But when the monthly mortgage payment to buy the typical home in Canada jumps $700 in 6 months, the rest doesn’t matter. Housing is in trouble if this trend continues. pic.twitter.com/LyFjBa8qIA

A few thoughts on the housing proposals included in yesterday’s budget: First off, this graphic is misleading. Homebuyers aren’t saving $40K on their first home, but now have the ability to save $40K of their own money as a tax-free investment. 1/ https://t.co/WvDDZFVinh

The anti-speculation measures are interesting. Those who purchase & sell a house in <12 months will be taxed on profits. Lots of exceptions though (and rightfully so, considering life happens and sometimes you need to move). 5/

Lots of lofty promises on housing in this budget, but nothing really that will disrupt the market or make home prices more accessible in the short- or medium-term. To conclude, here is a semi-detached bungalow in Toronto that sold in two days for $1.5 million 7/7 pic.twitter.com/ogPLsBpOPk

The housing affordability measures in this budget don’t substantively address the challenges facing millennials who want to get into a home and by their answers today, the Government knows this: pic.twitter.com/VX3oTfIfTC

The price of an average home has doubled since 2015 – because the Liberals have decided investor profits are more important than ensuring all Canadians have a home they can afford. https://t.co/ZxhLwbAfHz

And how little they’ve announced that would get us there.

“The Liberals’ plan for housing affordability rests on little more than a hope and a prayer” ⤵️ https://t.co/vpXjD2bXpT

The federal government has earmarked $10 billion in the #Budget2022 to help ease the housing crisis but there is a lack of specifics as to how the measures will actually increase the stock of housing, @RESCONprez says. #cdnpoli

Canada to ban foreign homebuyers who refuse to set up dummy corporations – The Beaverton https://t.co/bQVF2WwsIw

The feds have committed to doubling housing construction over the next decade. But the policies to get there remain to be seen. Here’s @SP_Inst‘s take. https://t.co/WDWidoawc8

I’m really not optimistic on housing after this budget. Feel like the feds are laying the groundwork to build more high-rise condos in our cities and single-detached in the exurbs and ignore the missing middle.

Today’s #Budget2022 recognizes municipalities as an essential partner in solving our greatest national challenges, including housing affordability as a top priority. #CDNmuni pic.twitter.com/oDcyj3ShOF

This report by The Canadian Press was first published April 8, 2022.