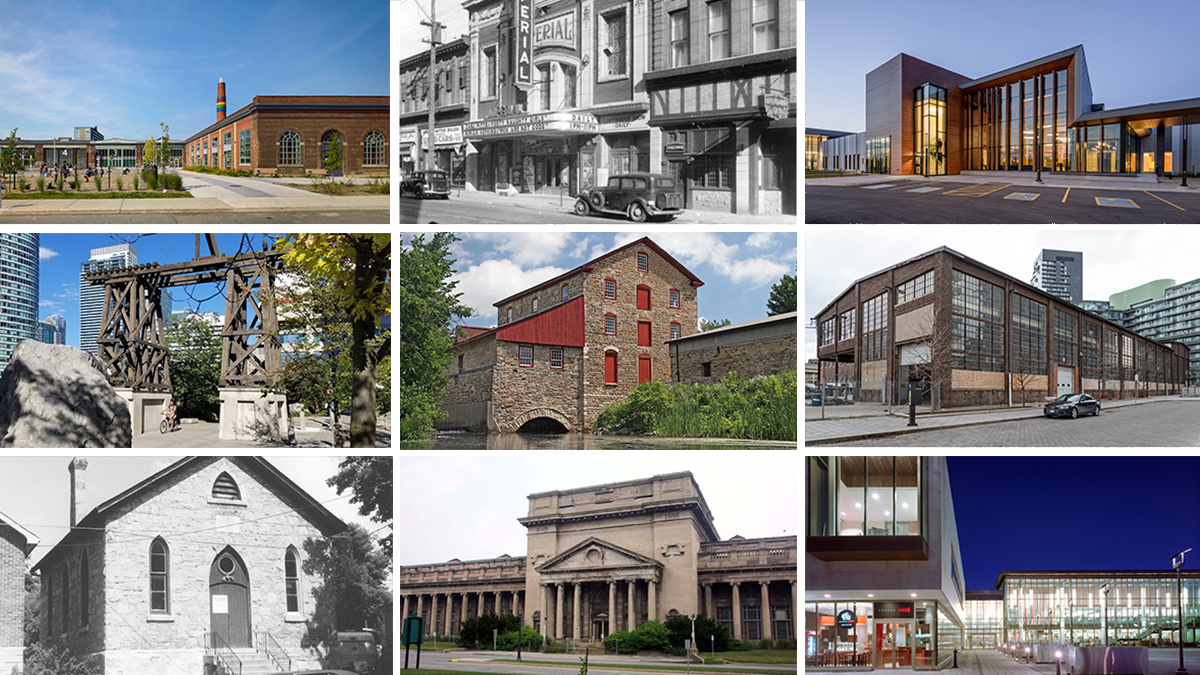 The Ontario Association of Architects (OAA) reports that it is once again celebrates World Architecture Day virtually in 2021. Traditionally, the OAA marks this occasion (which falls on the first Monday in October) with a reception for Members of Provincial Parliament at Queen’s Park to reveal the year’s Queen’s Park Picks (QP Picks). The event is a unique opportunity to showcase outstanding examples of Ontario architecture through the nominations of passionate MPPs across the province.

According to OAA, following the success of last year’s virtual QP Picks event—a decision driven by health and safety measures in response to the COVID-19 pandemic—the OAA is once again showcasing the annual Queen’s Park Picks online at www.oaa.on.ca/QPP.

An emerging theme from this year’s QP Picks was the adaptive reuse of structures—an important strategy in the multi-pronged approach to achieving climate stability.

The greenest building is the one that is already built. Adaptive reuse of existing buildings minimizes landfill waste, 20 to 30% of which currently comes from demolition and construction. It also ensures the existing building materials—and the carbon emissions already generated to extract, manufacture, transport, and install them—are not wasted. Creatively repurposing existing structures reduces new greenhouse gas emissions associated with building a new structure from scratch, while preserving Ontario’s built and cultural heritage.

Prior to World Architecture Day, the OAA invited Ontario MPPs to reflect on the province’s unique architectural legacy and nominate a favourite building within their riding. This year, a wide range of building submissions were received from MPPs in regions across the province.

Nine projects have been selected for this year’s Queen’s Park Picks online exhibit, which showcases the diversity of architecture in Ontario. The buildings chosen were:

According to the OAA, foregrounding the positive impact of the built environment remains a central focus of the OAA’s mission in regulating the province’s architecture profession to protect the public interest. It enjoys a long-standing, collaborative relationship with the provincial government and highly values their mutual investment in meeting the needs of Ontarians.

“It is wonderful to work with Ontario’s MPPs to broaden public awareness and enthusiasm about the architecture that shapes all of our communities,” notes OAA President Susan Speigel. “As we reflect on the contributions of those whose work has been recognized this year, it’s clear heritage buildings hold a special place in the hearts of Ontarians,” she adds, “and the sensitive and sensible evolution of these buildings ensures they continue to serve our communities for years to come.”