The Québec Professional Association of Real Estate Brokers (QPAREB) reports that a total of 29,212 sales were concluded in Québec’s second quarter of 2019. 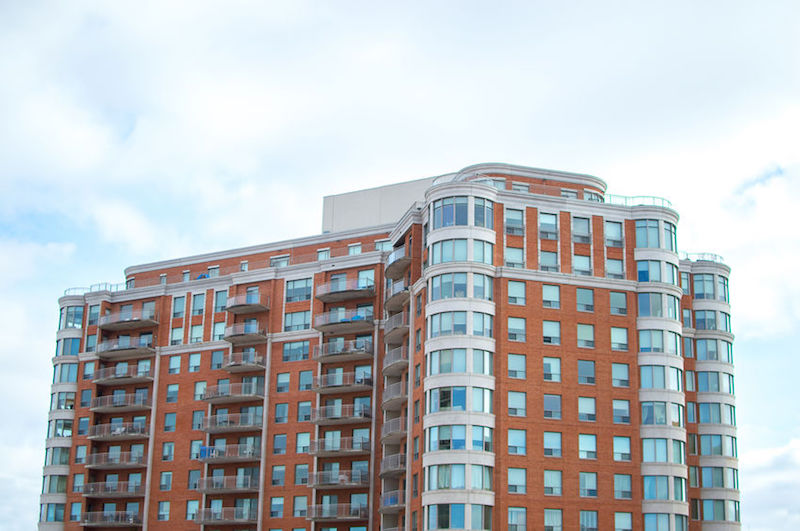 According to the QPAREB’s recent residential real estate market statistics — based on the real estate brokers’ Centris provincial database — the total represents the largest quarterly sales increase since the third quarter of 2005, and an 8 per cent jump compared to the second quarter of last year.

The second quarter of 2019 saw all three property categories register an increase in sales. However, condominiums and plexes (2 to 5 dwellings) stood out with increases of 14 per cent (7,253 transactions) and 13 per cent (2,400 transactions). Sales of single-family homes increased by 6 per cent (19,410 transactions).

Geographically,the QPAREB says all six of the province’s census metropolitan areas (CMAs) registered an increase in sales in the second quarter of the year.

Several of the province’s smaller urban centres also posted strong sales results, including Sept-Îles (+36 per cent), Saint-Sauveur (+20 per cent), Val-d’Or (+19 per cent) and Rivière-du-Loup (+18 per cent).

The QPAREB’s report states that there was an average of 59,343 properties for sale in the real estate brokers’ Centris system, between April and June (-11 per cent).

The decrease in the number of properties for sale over the past year was eminent in Gatineau (-21 per cent) and Montréal (-18 per cent) CMAs.

“Sales in Québec are at their highest level in fourteen years, in a context where active listings have registered a fourteenth consecutive quarterly drop at an average pace of 10 per cent of inventory per quarter,” said Charles Brant, Director of the QPAREB’s Market Analysis Department. “The most remarkable thing is that this situation is widespread throughout the majority of the province’s CMAs and agglomerations.”

The median price of single-family homes across the province saw a 4 per cent year-over-year increase with $265,000 in the second quarter of 2019.

The largest price increases for single-family homes were in Thetford Mines (+15 per cent), Rivière-du-Loup (+12 per cent), Rouyn-Noranda (+11 per cent), Saint-Hyacinthe (+8 per cent) and Saint-Sauveur (+7 per cent), as well as the CMA of Trois-Rivières (+14 per cent).

With half of all condos selling for more than $240,000, the median price of Québec’s condominiums increased by 2 per cent.

Single-family homes sold in an average of 96 days, which is 9 days fewer than the same period last year.

The average selling time of condominiums also decreased over the past year. 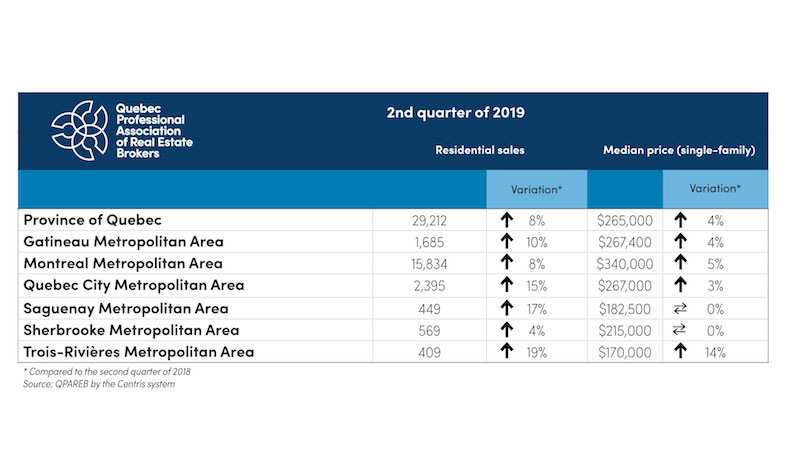