Toronto Community Housing Corporation (TCHC) and Tridel Builders Inc. have filed a rezoning submission with the City of Toronto, requesting an increase in the density of development in the Regent Park Phases 4 and 5 lands.

The increased density will enable TCHC and Tridel to build 1,000 more units of housing than previously planned for, and add thousands of square metres of gardens, retail and community space.

If approved, this rezoning will do more than create affordable homes and new community spaces. It will maximize the value of public assets to create prosperity for the residents of Regent Park, Cabbagetown, Moss Park and St. James Town. 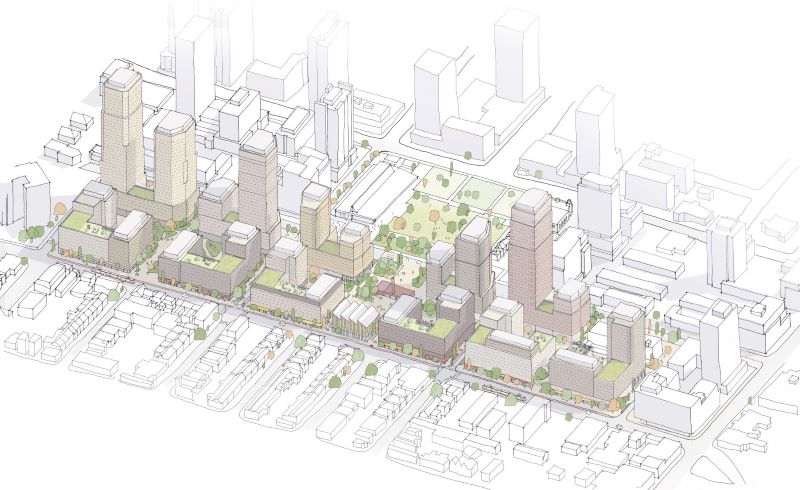 This rezoning submission was developed in close consultation with community members. In more than 1,500 resident interactions, TCHC and Tridel used surveys, virtual community meetings, focus groups and engagement with community organizations to develop a plan that centres the vision that Regent Park residents have for their community.

The Phases 4 and 5 lands are bordered by Gerrard Street and Oak Street to the north and south, and River Street and Dreamers Way to the east and west. In 2014, a plan was approved that included 564 rent-geared-to-income (RGI) units as part of the plan to replace 2,083 TCHC-operated RGI units in Regent Park. Also included were 3,465 square metres of commercial space for businesses and 1,353 market units.

The rezoning submission, supported by Tridel, comes on the heels of strong government support for new affordable housing. If approved, the rezoning could add the following to the already approved 2014 plan:

“As Regent Park phase 4 and 5 moves forward we welcome the creation of a new complete community with the inclusion of social housing stock and affordable housing that our City so crucially needs,” says Deputy Mayor Ana Bailão, Chair of the Planning and Housing Committee.

Priced out of Ontario, homebuyers turn their eyes to the Calgary real estate market