Toronto home sales and prices down in June, but TRREB will still upgrades forecast

TORONTO – The Toronto Regional Real Estate Board says the pace of sales and home prices eased in June as COVID-19 cases subsided, but a heated start to the year still pushed it to upgrade its annual forecast. 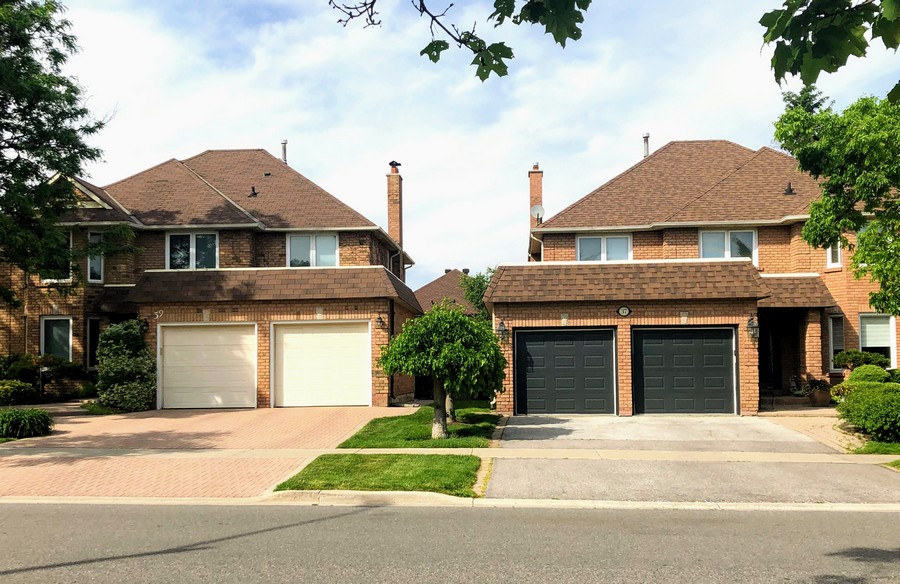 The numbers signalled a continued cooling in the Ontario market from the end of 2020 and start of 2021, when sales and prices were routinely breaking records every month despite the pandemic.

But Terry Parkinson, an agent with Royal LePage Signature Realty in Toronto, said the region’s housing conditions are still among the hottest in Canada and some regions haven’t seen a slowdown.

“But what’s really interesting is when you look at the prices,” said Parkinson.

When she recently sold a house in that market, buyers’ agents told her they’d lost out so many times and were eager to secure a home for their clients, but when she listed a property in Milton around the same time, she found showings were down and a lot of buyers were new to the process.

“New buyers are entering into the market, so as much as there is buyer fatigue, there’s also buyer confidence,” she said. 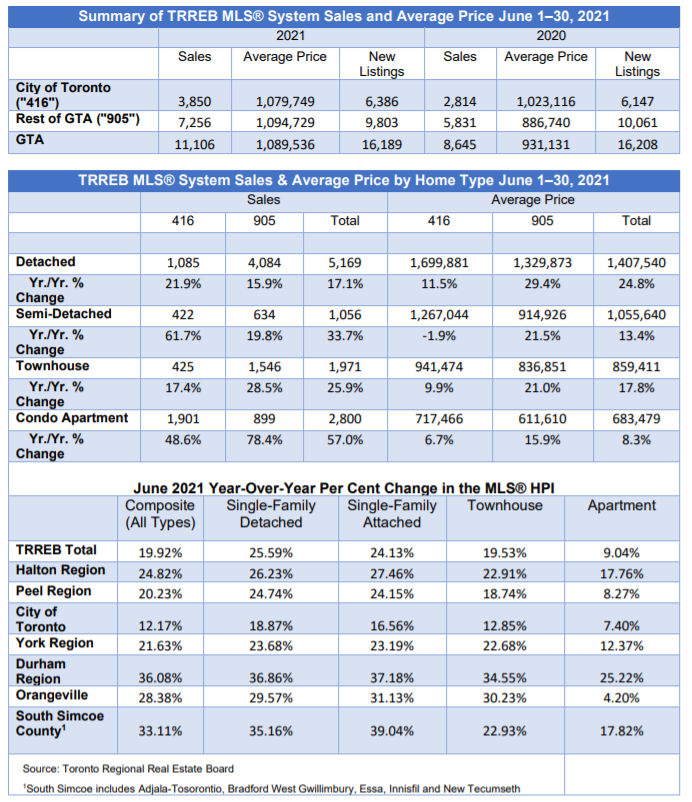 TRREB president Kevin Crigger said June highlighted that the market has moved from a record pace to a “robust” one over the last three months.

“While this could provide some relief for homebuyers in the near-term, a resumption of population growth based on immigration is only months away,” he warned.

However, Parkinson said she’s already had calls from newly-landed immigrants finishing up their quarantine and eager to search for a home. 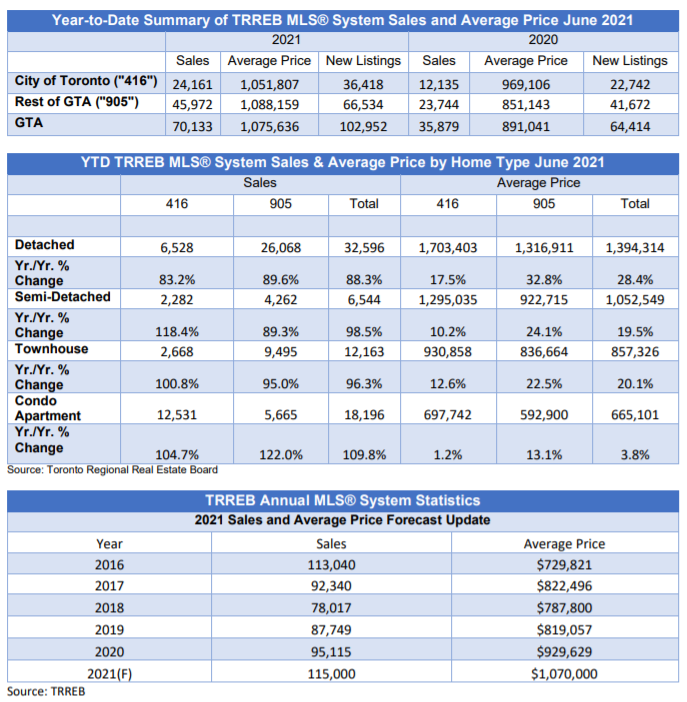 While they and others might welcome the easing of some conditions, the region is still plagued with affordability issues and TRREB is predicting that won’t soon change.

The board upgraded its forecast on Tuesday to capture the first quarter’s unexpected and frenzied pace. It now predicts 2021 will deliver 115,000 home sales with an average price of $1,070,000.

“A persistent lack of inventory across most segments of the market will keep competition between buyers strong, resulting in an average selling price well above $1 million through the end of 2021,” said Mercer.

The original forecast released in February was based on a view that showed the regional economy would improve from COVID-19 troubles, and very low borrowing costs would continue to fuel strong demand, the board said.

TRREB felt this demand would ebb in 2021 because of stalled population growth stemming from pandemic-related closures, which are starting to ease.

The board now feels sales have peaked this year because it is no longer reporting records being broken, but wanted to upgrade the forecast to account for year-over-year sales continuing to outpace new listings growth. 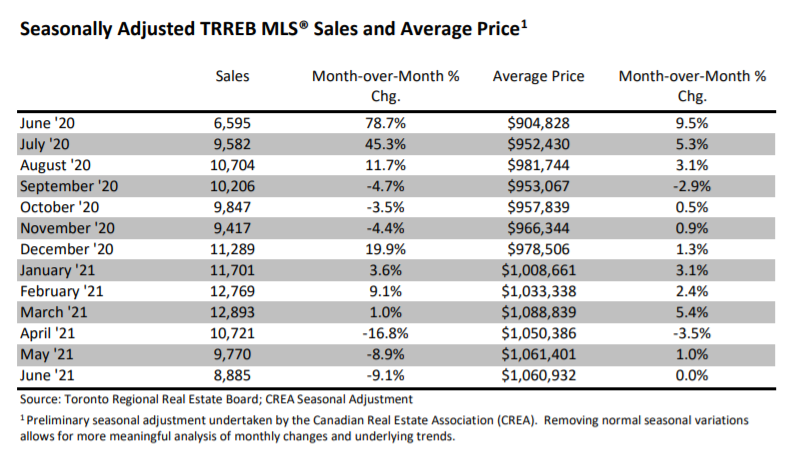 If I look back at the last 10 years in the 416, May is the month with the highest average sales volume for Freeholds and Condos, and then things decline through the summer. This year, after peaking early, I think we'll get back to regular seasonal cycles. /3

So it's kind of like we were driving 160 km/h on the highway and now we're doing 125. Feels slow now, but it's just slowER. Still quite a pace. /5 pic.twitter.com/6rDmdpocUi

Halfway through the year we're already over 70K transactions with an average price of $1076K.

So that's first look. I'll update all of my charts in the coming days, and might even blog about these monthly results for the first time in awhile. Keep your ? open for that. /11

This report by The Canadian Press was first published July 6, 2021.