TORONTO – June sales of Toronto homes fell by roughly 41 per cent compared with the same month last year as higher borrowing costs weighed on the market, the region’s real estate board said Wednesday. 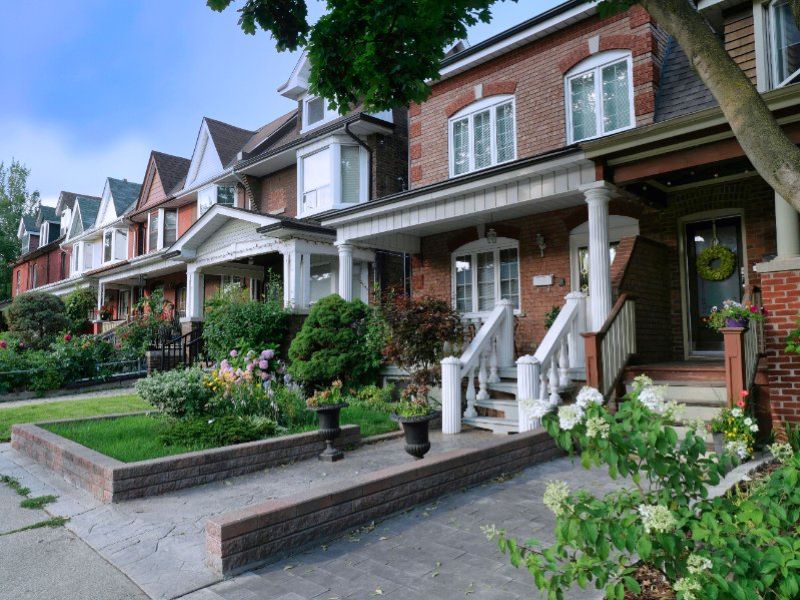 About 6,474 homes changed hands last month, down from 11,053 during the prior June, the Toronto Regional Real Estate Board said. June sales were also down compared to May.

While the board attributed some of the decrease between May and June to seasonal trends, it said the figure and year-over-year sales suggest the current, cooler market conditions will persist.

“Home sales have been impacted by both the affordability challenge presented by mortgage rate hikes and the psychological effect wherein homebuyers who can afford higher borrowing costs have put their decision on hold to see where home prices end up,” Kevin Crigger, the board’s president, said in a release.

“Expect current market conditions to remain in place during the slower summer months.”

Crigger’s prediction comes as several of the country’s biggest housing markets – Vancouver, Toronto and Calgary – have eased in recent months.

Realtors and economists attribute the phenomenon to rising interest and mortgage rates as well as inflation, which recently hit 7.7 per cent, the highest it’s been in almost 40 years. The Bank of Canada has teased further hikes could be on their way.

Those conditions mean less purchasing power for prospective buyers, but the market is still shifting in their favour because homes are sitting for sale longer and often not garnering the frantic bidding wars they would have months ago.

Davelle Morrison, a Toronto broker with Bosley Real Estate Ltd., has noticed fewer showings and offers being made.

“Some of that stress has left the market,” she said. “Some of the buyers feel that they can take their time now. They don’t feel like there’s a rush. They’re not in a panic.”

However, sellers are taking much longer to adapt to the shifts in the market and are wistful for the conditions seen months ago.

“The sellers are hanging on for dear life. It’s sort of like people with their knuckles just like grabbing on,” Morrison said.

“They’re saying, ‘yeah, but my neighbor sold their house for x in February and I want that price’ and everyone’s trying to explain to them you’re not going to get that price.”

Though homes sold for less on average in June than those that changed hands in May, prices were still up from last year.

The average home price in the region stretched to $1,146,254 last month, a roughly five per cent increase from June 2021. June’s average was an almost six per cent drop from May 2022. 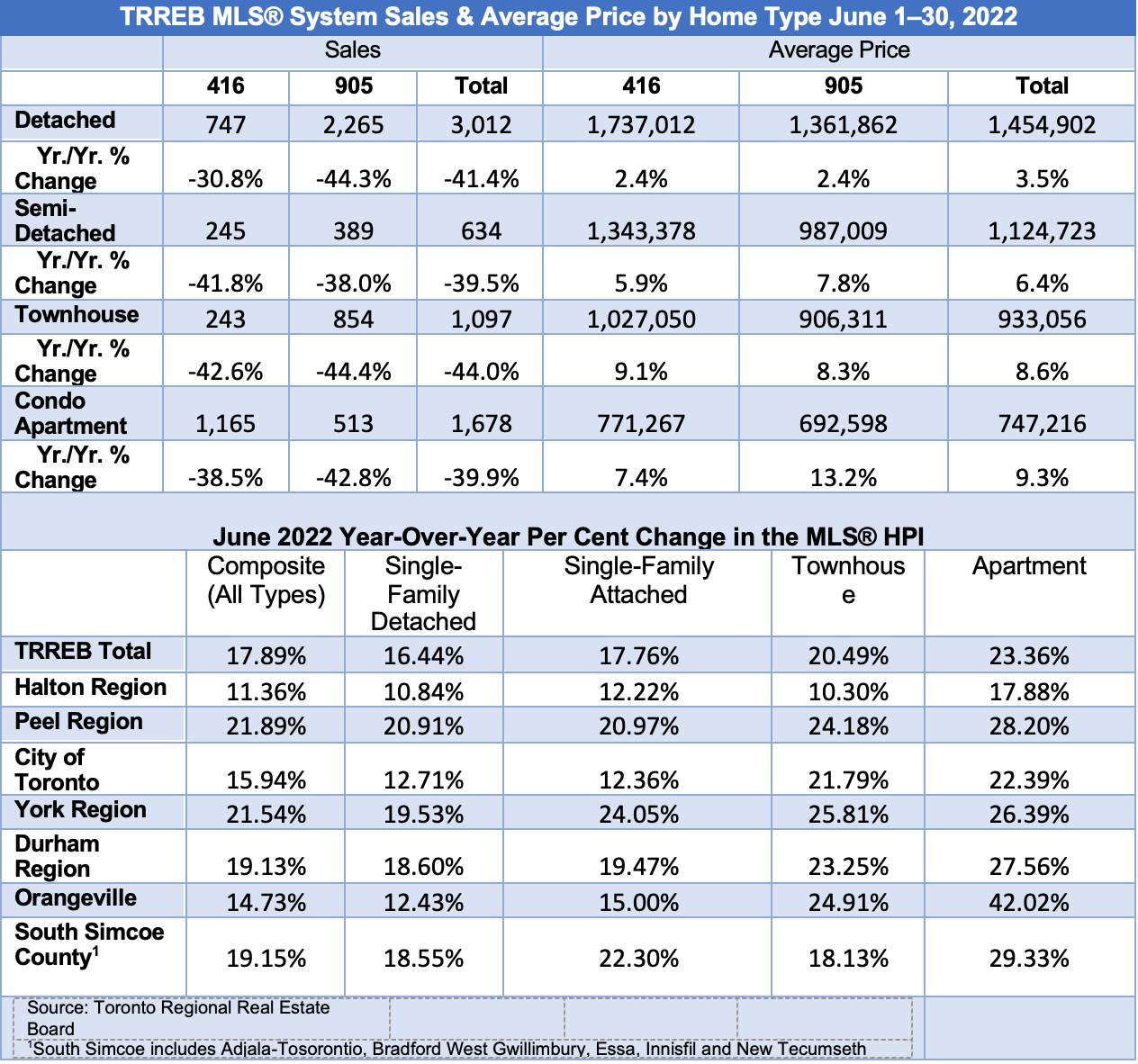 It has Morrison prepping sellers for even further drops in the future. She tells clients if they list their home in two weeks it will likely be priced 10 or 20 per cent lower than today. If they wait a month, it will be even lower than two weeks from now.

When she delivers that message, sellers are still keen on taking their time.

“They just don’t seem to care,” she said.

While month-over-month prices fell, the year-over-year increases in prices were seen across every category of housing and stretched to areas surrounding Toronto.

“What’s amazing is that the prices have held up on a year-over-year basis only, but on a month over month basis not so much, so the question becomes when is that balance tip?” Morrison said.

The number of properties listed during June was almost unchanged from last year, the board found.

Morrison expects more listings to hit the market in September, when people have wrapped their summer travel plans.

This report by The Canadian Press was first published July 6, 2022.