Toronto home sales up 97% in March, prices up as demand outstrips new listing 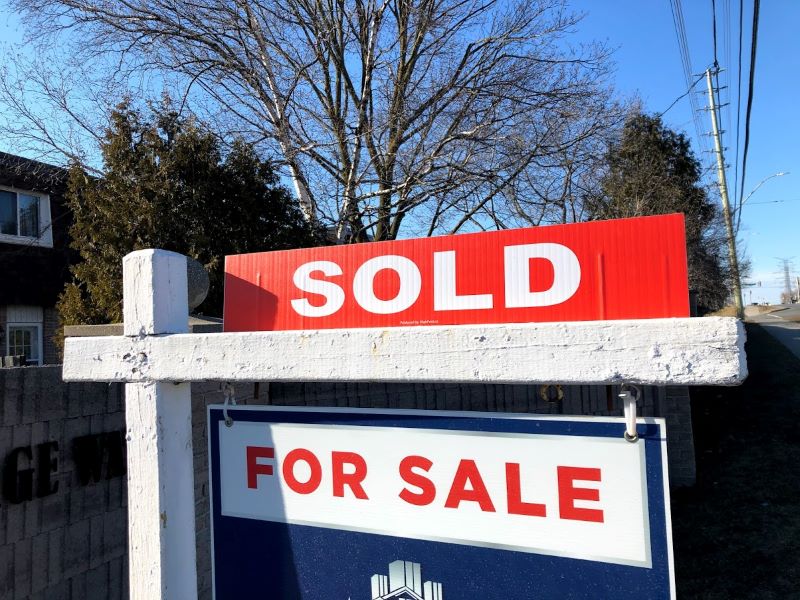 The average home price in the market climbed by 16.5 per cent year-over-year to hit almost $1.1 million, while home sales soared by 97 per cent to reach 15,652, the board said.

TRREB president Lisa Patel interpreted the numbers as a sign that consumer confidence has returned to the market and low mortgage rates are encouraging sales, but warned that they also spell trouble.

“While the robust market activity is indicative of widespread consumer optimism, it is also shedding light on the sustained lack of inventory in the GTA housing market, with implications for affordability,” she said, in a release. 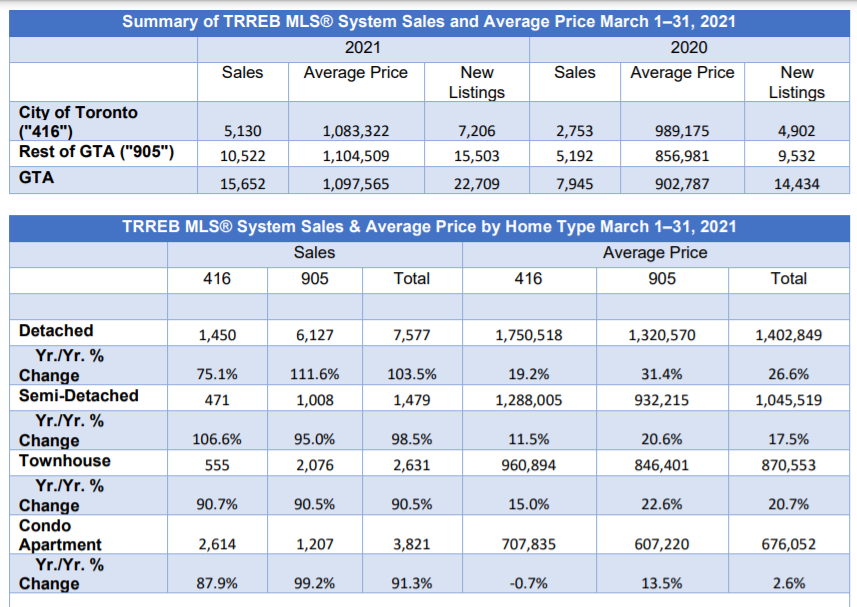 While some of the dramatic sales and price growth can be attributed to favourable borrowing conditions, TRREB said COVID-19 was also affecting year-over-year comparisons.

Almost 8,000 homes with an average price of $902,787 changed hands in March 2020, when the first economic effects of the pandemic materialized and both buyers and sellers were wary of the market.

Those fears have long since dissipated. Realtors and housing agencies have reported a flurry of sales – surpassing many of their most optimistic predictions – since the start of the year. They say the number of people willing to purchase now will likely more than make up for last year’s low periods.

Splitting the month in two is significant: the first half of March 2020 looked relatively average, but restrictions enacted after the pandemic was declared by the World Health Organization on March 11 rapidly sent home sales plummeting.

A year on, available inventory hasn’t caught up to the number of people seeking new homes, putting pressure on prices.

The influx in listings is normal for a spring market, but won’t take much, if any, of the heat off the market, said Dayle Carmody, a realtor in the region. 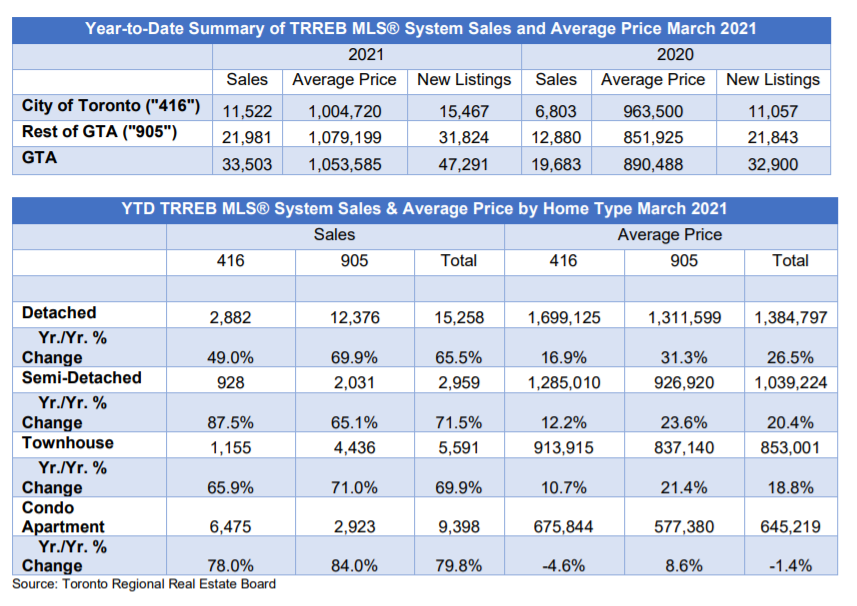 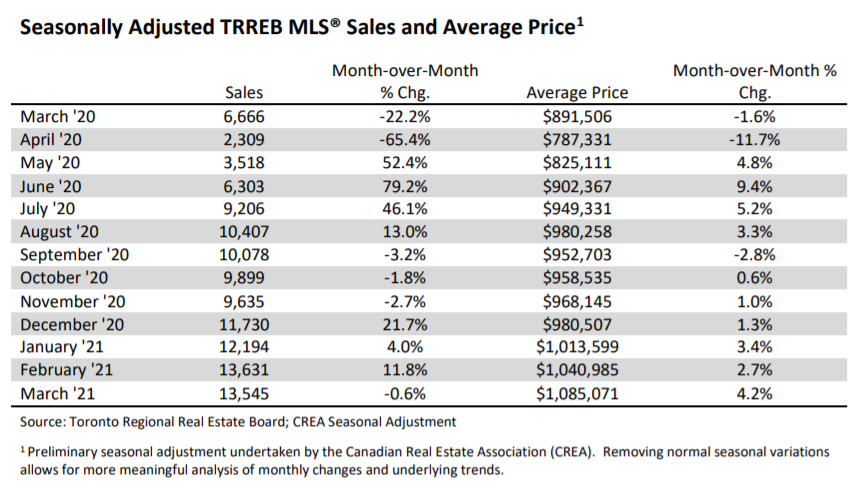 “What we’re going to see now with another lockdown… is the market get even crazier again,” she said.

She believes the frenzy is being fuelled by consumer confidence and a mindset shift that happens as people realized their early assumptions about COVID causing the market to crash are unlikely to come to fruition.

As they realize the market is heated, she’s seeing people struggle to snag a home and even, reassess their buying goals.

“It just pushes people back into the condo market and they move back down the affordability scale, because if they were hoping to get into a townhouse or semi, now they can’t afford it,” Carmody said.

Condos saw the smallest growth in prices, according to TRREB. The average condo price climbed by 2.6 per cent to $676,052.

This report by The Canadian Press was first published April 6, 2021.