Toronto’s chief planner is proposing new condominium developments in parts of the city be required to dedicate 10 per cent of their space to affordable rentals or owned homes and be guaranteed affordable for 99 years.

Under the proposal, to be presented to a committee meeting on Tuesday, any condo development above a certain size in “strong market” areas of the city — including much of the old city and North Toronto, southwest Scarborough and Scarborough Town Centre, Don Mills, York Mills and South Etobicoke — would have to set aside 10 per cent of their residential area for affordable units.

That requirement would go down to five per cent in purpose-built rentals. 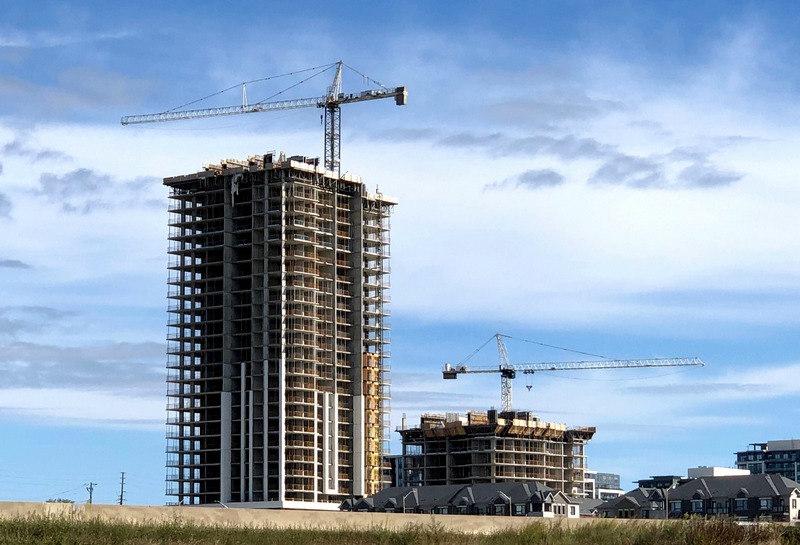 In “moderate market” areas like Etobicoke Centre and North York Centre, condos above a certain size would need five per cent affordable housing, and purpose-built rentals three per cent. And a portion of the affordable units would have to be available at more deeply affordable rates.

The proposal by chief planner Gregg Lintern to the planning and housing committee meeting is meant to be put to public consultations in the coming months, with the aim of a final recommendation to the committee in the first half of 2021. It outlines what’s known as ‘inclusionary zoning’, which is one of the tools the city hopes to use to reach its affordable housing targets.

Legislation introduced by the province last year restricts where inclusionary zoning can be used by municipalities to areas around major transit hubs, unless the province grants special clearance.

So, the new proposal would only apply inclusionary zoning rules to what are known as ‘Protected Major Transit Station Areas’ within those strong and moderate markets, with exemptions for sites like student residences and some developments proposed by non-profits. Toronto does not currently have any PMTSAs approved, said Deanna Chorney, a project manager in the city’s planning department.

Ward 9 Coun. Ana Bailao said she expects it to take a year-and-a-half to two years to conduct studies on potential areas and get a rubber stamp from Queen’s Park. The proposed changes to Toronto’s official plan and zoning bylaw proposed don’t need provincial approval — but they can still be appealed by the housing minister.

A new definition for affordable housing in Toronto is also going before the committee meeting.

Currently, housing is considered affordable in Toronto if the total monthly shelter cost is at, or below, the average market rent for that unit type.

The new definition would take household incomes into account. For bachelor units, affordable housing would have to cost less than 30 per cent of the income for a one-person household earning between the 20th and 50th income percentile.

A policy framework for inclusionary zoning released by the city last year suggested a 25-year affordability period, and a requirement for condo projects to include between 10 and 20 per cent affordable units. The “majority of comments” the city says they heard in consultations last year were that 25 years isn’t long enough to ensure a sustainable stock of affordable housing.

They did look at proposing a higher percentage of required affordable housing, Chorney said — but given the new 99-year affordability period and the new definition of affordable housing, they concluded it would render development no longer viable in certain parts of the city.

Overall, Bailao said she felt the new proposal was a step in the right direction, though she hoped to glean more details in the coming months about recommendations like the percentage of space that would be required for affordable units.

“I just want to make sure that we are creating the policy that obviously gives as much public benefit as it can, while maintaining the industry,” she said.

Both she and Layton said they were pleased with the increase from 25 to 99-year terms, with Layton calling the move an “enormous” change. But Layton still has concerns with factors such as the size threshold, with the proposed rules only applying to buildings with more than 100 residential units and more than 8,000 square metres of residential gross floor area in the city’s downtown and central waterfront areas, or 140 units and 10,000 square metres elsewhere.

“I think there’s still an opportunity for us to have a debate on this, and see if we can improve it,” he said.