Toronto most expensive city to build in Canada, but ranks 33rd worldwide

Major U.S. cities are topping global rankings as some of the most expensive places to build, with the cost of construction set to soar over the next two years as pressure on labor and materials coincide with major investment and President Biden’s drive to ‘build back better’ from the COVID-19 pandemic.

The International Construction Market Survey (ICMS), published by global professional services company Turner & Townsend, forecasts that rising prices being seen in the global construction sector will be sustained through 2022 and into 2023. 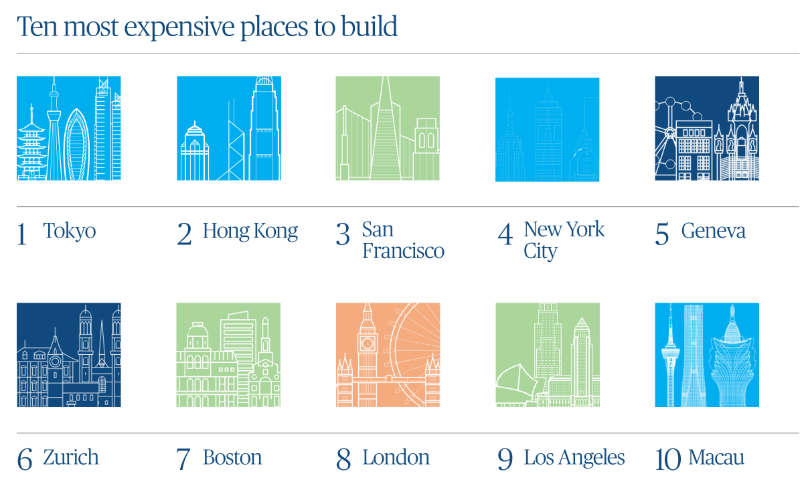 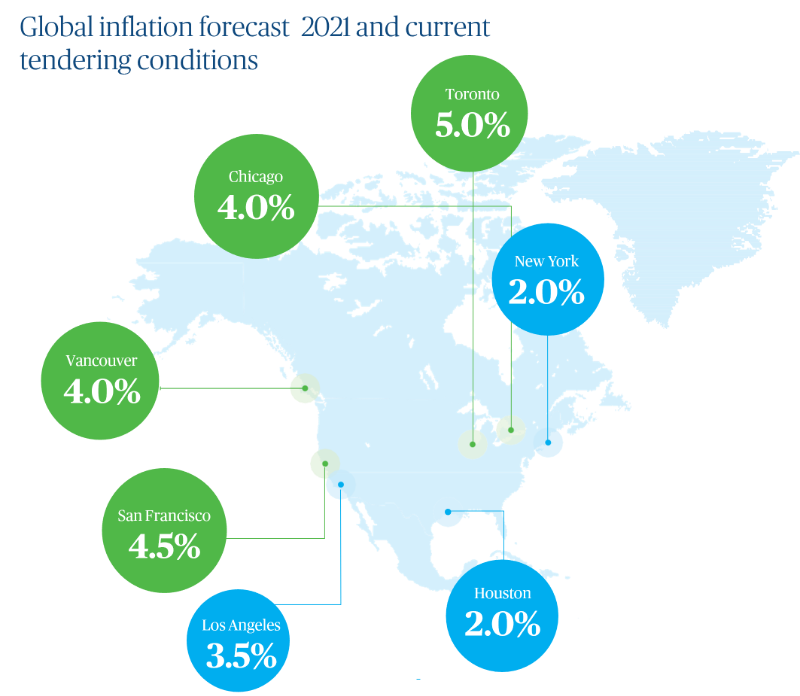 In Canada, Toronto led among the major cities at $2,167 per sqm, quickly followed by Vancouver at $2,117 per sqm and Ottawa at $2,076 per sqm. Ottawa stood out as being the only City of the 18 markets surveyed in North America to be listed as a “hot” market. 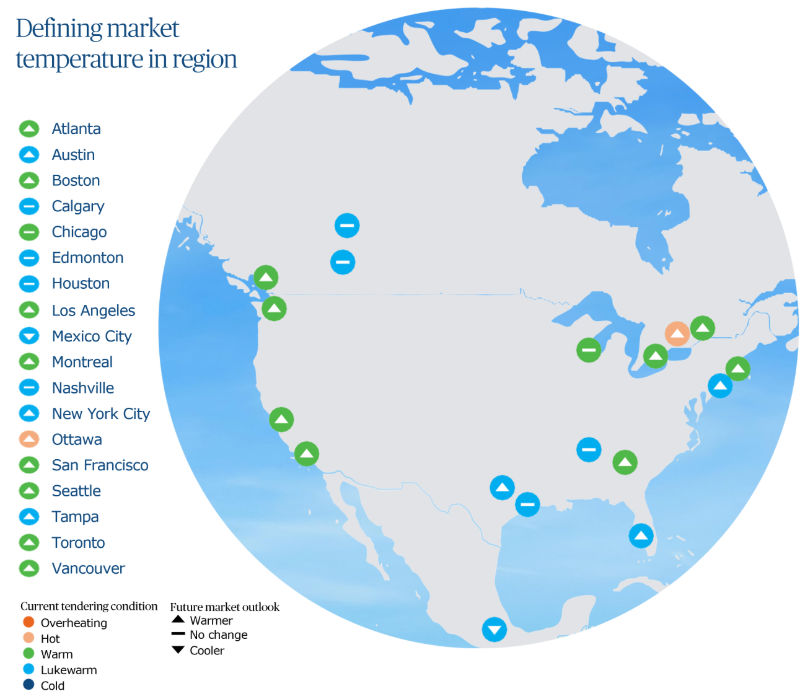 Turner & Townsend’s report highlights the major investment opportunities being seen across the country, including in health and life sciences, housing, data centers, logistics warehousing and transport.  The principal driver behind rising costs is however anticipated to be rising infrastructure spending, following President Biden’s ambitious plans to commit 1 percent of GDP into areas including transport, utilities, broadband networks and renewable energy over eight years.

The report highlights the dynamic between this investment program and capacity challenges within the labor and materials markets.  Labor costs remain some of the highest in the world for key U.S. cities, reflecting pressure on the construction workforce as well as the unique unionization models in place across the country.  The average cost of labor across a cross-section of job roles stands at $109 per hour in New York and $104 in San Francisco. In Canada, labor costs were approximately half that of the most expensive U.S. cities, with Toronto at $52.9 per hour and Vancouver at $53.1 per hour. 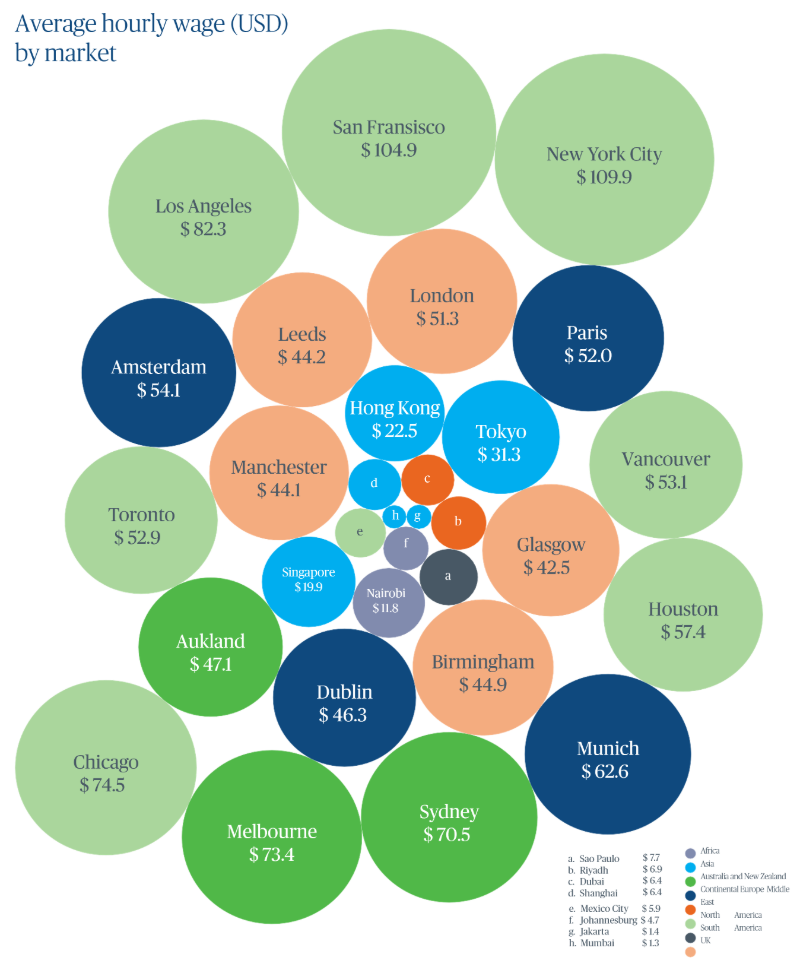 Widespread disruption to global supply chains seen through the pandemic are being sustained by high demand and competition for key materials between global markets including the U.S., Europe and China.  Globally, demand for steel, softwood and copper piping have seen prices rise sharply over the year, with increases of up to 40 per cent seen in some international cities.