The rapid declines in average rental rates in the GTA in 2020 have dissipated and remained steady the first four months of this year, according to the latest Bullpen Research & Consulting and TorontoRentals.com Toronto GTA May Rent Report. 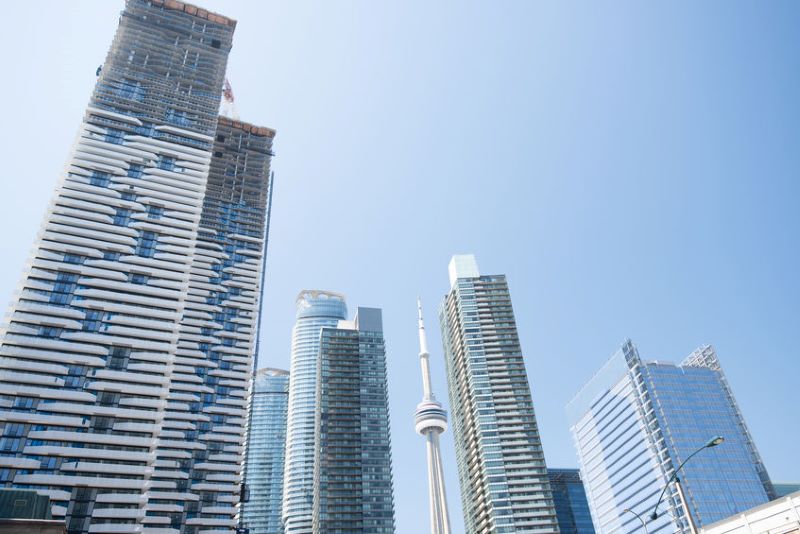 So far in 2021, the average rental rate has decreased by less than 1 per cent, while between January and December 2020, the average monthly rent in the GTA decreased 16 per cent.

Toronto average rent for condominium rentals and apartments in April grew by about 1 per cent month over month.

Also showing month-over-month rent declines for condo rentals and apartments were Oshawa, down 3.1 per cent; East York, down 1.5 per cent; Mississauga, down 1.4 per cent; North York and Newmarket, both down 0.7 per cent and Whitby, down 0.5 per cent. 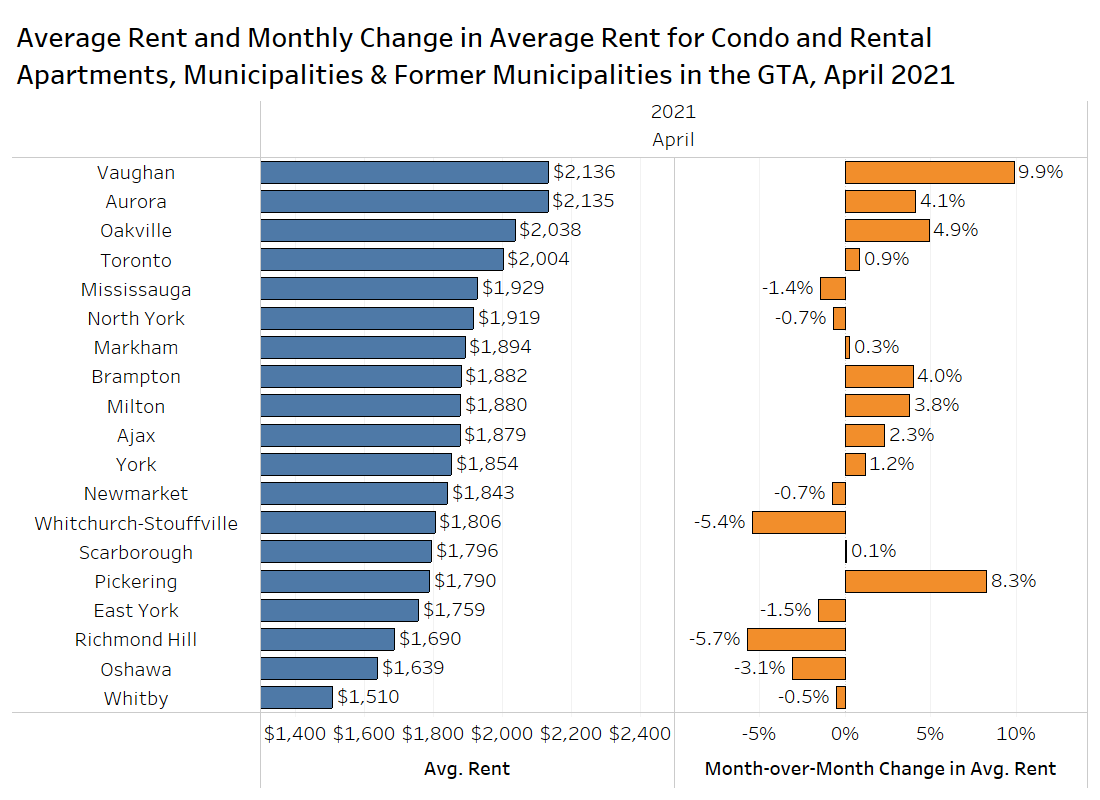 High Park North had the lowest annual decline at 3 per cent, while Yonge-St. Clair experienced the biggest decline at 39 per cent.

Other neighbourhoods with large declines in average monthly rent for condo rentals and apartments from January to April 2020 to January to April of this year were: Palmerston-Little Italy and Forest Hill North, both down 31 per cent; Greenwood-Coxwell, Casa Loma and Cabbagetown-South St. James Town, all down 29 per cent; The Beaches, down 28 per cent; East End-Danforth, down 27 per cent; Trinity-Bellwoods, down 25 per cent and Church-Yonge Corridor, down 23 per cent.

The composition of the listings plays a factor in movements in the average rent on a monthly basis. If there were a lot of large units for rent last year and a lot of smaller units for lease this year, the average rent is lower, but it may not reflect landlords actually lowering rents. 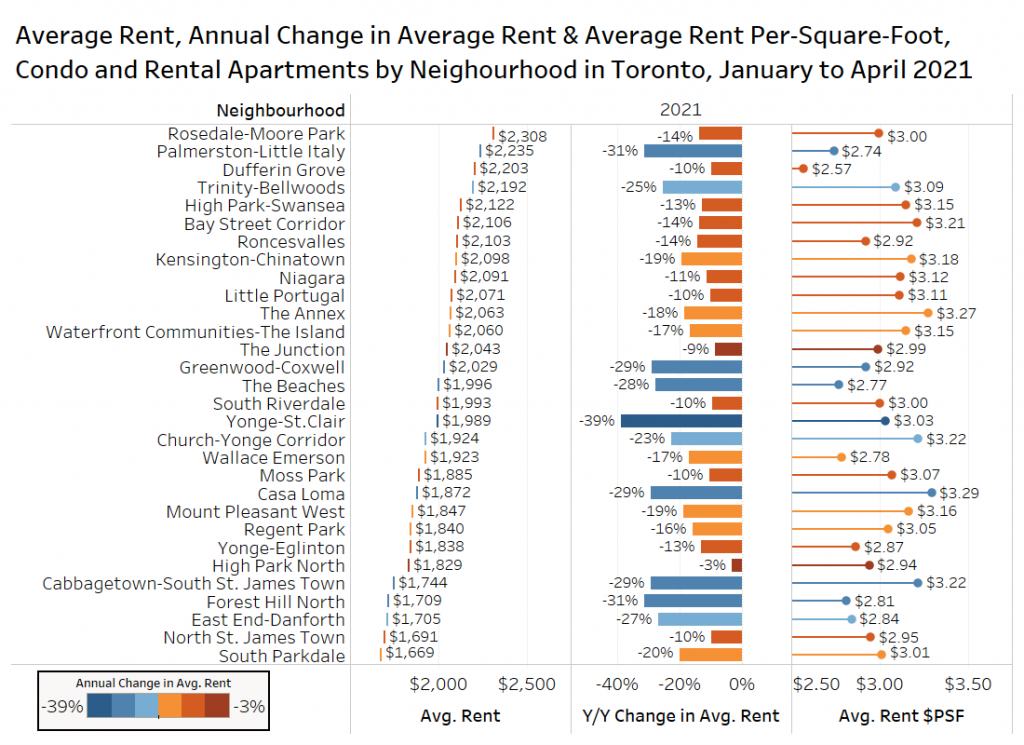 Tenants are still seeking larger properties while they work from home and their children learn virtually. With the stay-at-home order in place, many prospective tenants are looking for a property with a back yard.

Four-bedroom units experienced an annual increase in average rent of 10 per cent in April. 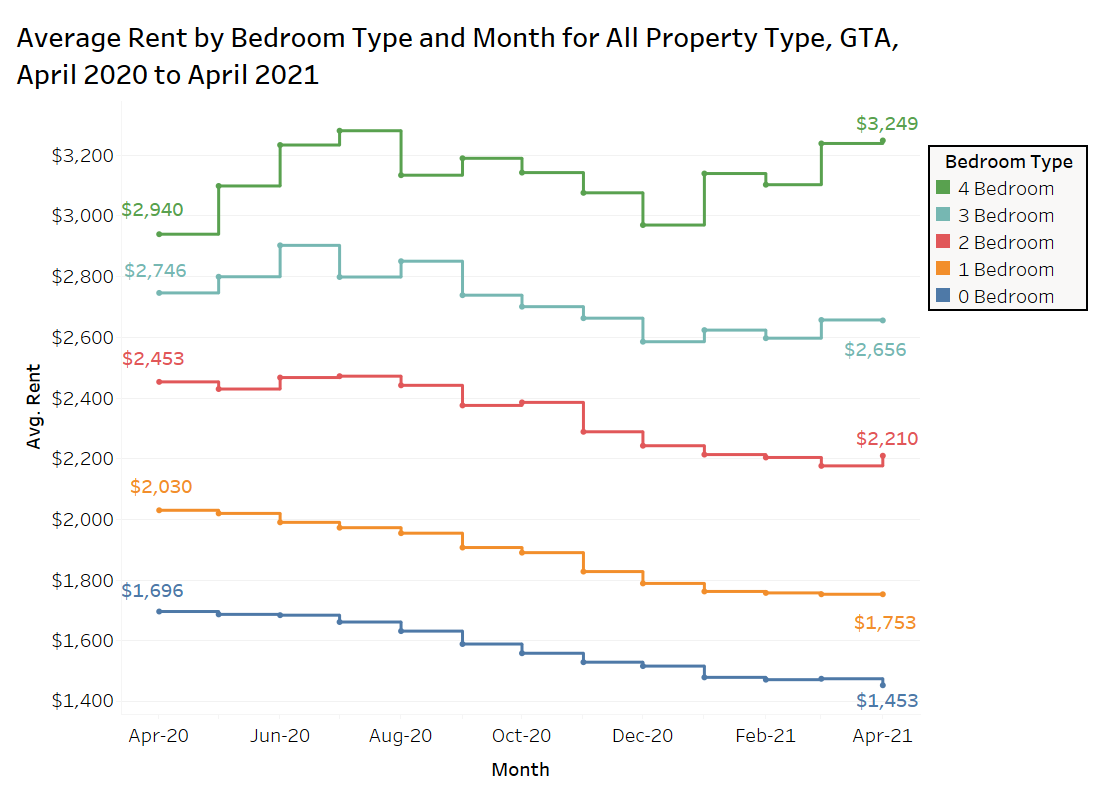 The average rent for a single-family home in April was $2,823 per month, a month-over-month increase of 8.7 per cent and a year-over-year increase of 0.6 per cent.

The average rent for a townhouse in April was $2,673 per month, a month-over-month increase of 15.4 per cent, the largest increase of all the property types. The average townhouse was listed for 4 per cent more than a year earlier.

“Canada is a couple of months behind the U.S. in the vaccine rollout, and many American cities are fully open with few restrictions, and offices are opening back up. Look for continued flatness until the fall in Canada, and rents to start rising more rapidly at that time, said Ben Myers, president of Bullpen Research & Consulting. “The changes to the mortgage stress test and the sharp rise in house prices will encourage more people to continue renting and accelerate the late-year rent increase.” 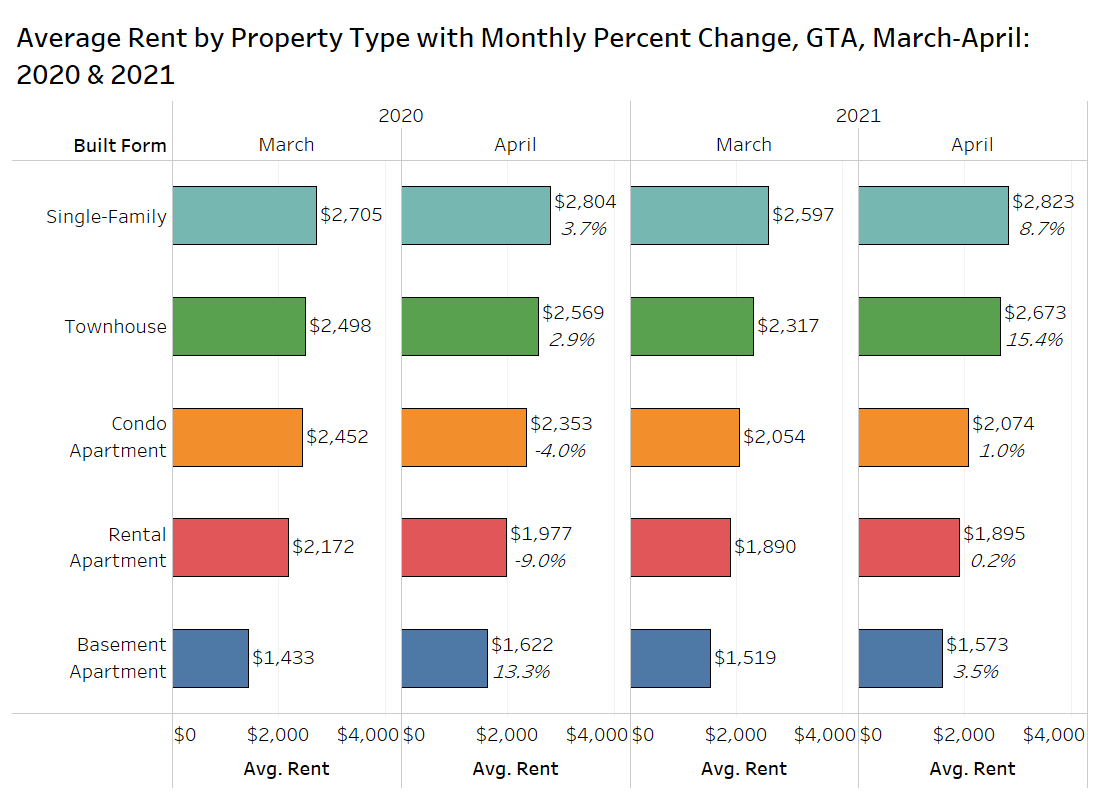