TORONTO – After seeing buyers compete with multiple offers on homes across the Greater Toronto Area, real estate agent Navid Rashid is recovering from an unusually busy December that capped an unusually busy year.

”December in the past has usually been a very slow month ? people want to just enjoy their time off,” said Rashid, a senior sales representative at Trace Property Group. ”But this year was very different.”

The average price of a Toronto home sold last year hit a new high as the number of sales climbed 8.4 per cent compared with 2019, the Toronto Real Estate Board said. 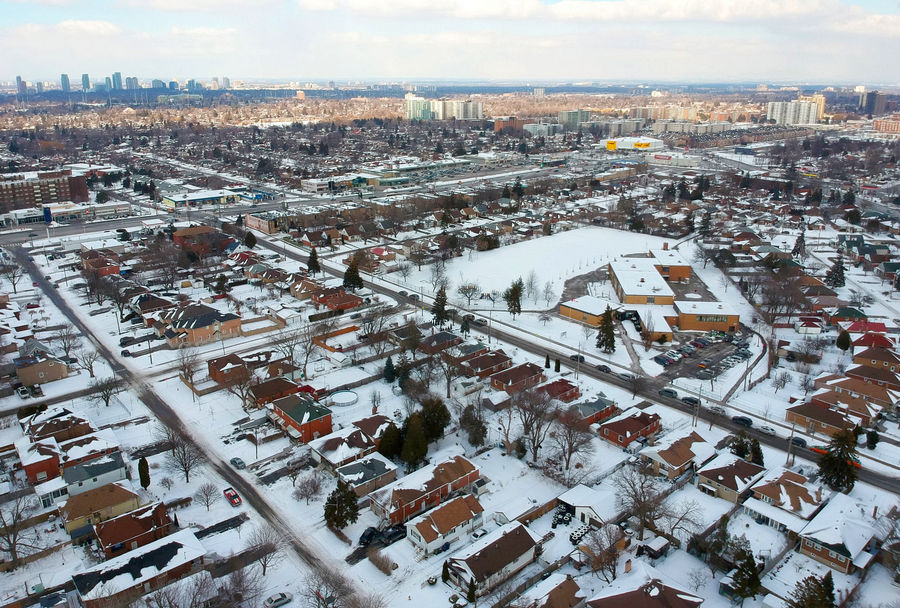 TRREB’s report was just the latest to show how robust the real estate recovery has remained over the course of 2020.

TRREB said that after a steep drop in the spring due to the pandemic, the market took off in the second half of the year. 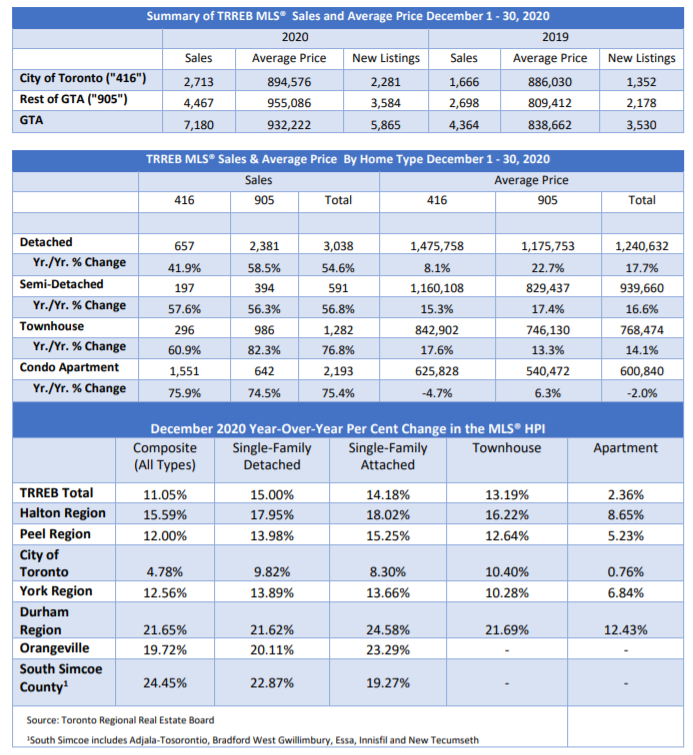 ”Following the steep COVID-induced drop-off in demand during the spring, home sales roared back to record levels throughout the summer and fall,” Patel said in a statement.

On top of shifting the homebuying season later into the year, the pandemic had other effects. Patel pointed to ”ultra-low” borrowing costs and virtual open houses and showings as ways that the housing market adapted.

”The next 12 months will be critical as we chart our path through recovery. In particular, the impact of resumption in immigration and the reopening of the economy will be key,” said Jason Mercer, the board’s chief market analyst.

Rashid said a major driver of business in 2020 was low interest rates, and that hasn’t changed as the calendar turned to January, he said.

But the board also pointed to a widening divide between the markets for single-family homes and condos. Sales of detached homes were up 15.1 per cent last year and average prices were up 13.2 per cent from 2019. In the condo market, sales fell 5.5 per cent, with more modest annual price growth of 7.1 per cent.

In December, condo sales were up 75.4 per cent from December 2019, but prices were down two per cent.

”Increased choice for condo buyers ultimately led to more bargaining power and a year-over-year dip in average condo selling prices during the last few months of the year,” Mercer said.

The split between condos and single-family homes was clear in the suburbs of the Greater Toronto Area. Rashid said that despite an overall uptick in listings, there is very limited inventory in some suburbs such as Oshawa, which has boosted prices as sellers see multiple bids.

Home prices showed a similar trend in December, with South Simcoe County showing the biggest price growth and the City of Toronto posting the most modest gains.

”People are being a little bit more adventurous and spending more time outdoors. There aren’t many outdoor activities that you can do in the downtown core.”

Nonetheless, Rashid said he has seen buyers of pre-construction condos get their confidence boosted by the rollout of the COVID-19 vaccine and potential reopening of the economy.

”Tourists, an influx of international students and of course, the continuation of immigration growth _ now, just to add on to that, condo prices being so low,” he said.

”I think condo living will start to get more exciting and a lot more in demand.”

One in 10 offices were vacant in Q4: Colliers Canada