Toronto rents were supposed to drop as people fled the city during COVID 19. The data tells a much different story

For apartment dwellers like Alex Venuto, the COVID-19 pandemic looked like an opportunity. After years of an impossibly tight Toronto vacancy rate, there were reports that the downtown had emptied out, leaving unoccupied units and landlords competing for tenants. 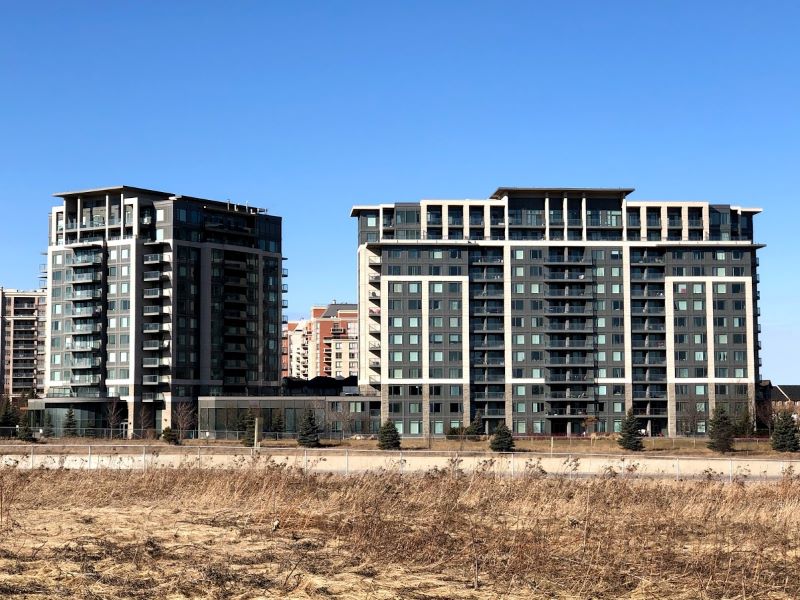 Suddenly it looked feasible for Venuto and his wife to afford a bigger place. For several years they have squeezed into a junior one-bedroom that costs $1,440. With both of them living and working there full-time, the place has started to feel even smaller than its 400 sq. ft.

So when friends in a neighbouring building owned by the same landlord said they were moving, Venuto immediately contacted the management about transferring to that larger apartment.

But his experience shows the boost in apartment supply hasn’t necessarily translated into more affordable rentals for Toronto tenants. Even in the few areas where Canada Mortgage and Housing Corporation (CMHC) found rents declined last year — including Venuto’s High Park neighbourhood — many tenants continue to struggle with affordability.

In fact, the vast majority of Toronto neighbourhoods where CMHC reported local data — 83 of 99 areas — actually saw their average rents increase last year, although the federal agency says some of the rent growth came in the months before COVID-19 hit. Only 16 neighbourhoods showed a decline in the cost of purpose-built units.

And the average cost of renting an apartment in Toronto overall rose to $1,545 in October 2020, from $1,476 a year earlier, despite city vacancy rates climbing from 1.5 per cent pre-COVID to 3.7 per cent. The vacancy rate for the Toronto Census Metropolitan Area (CMA), which includes places like Mississauga and Vaughan, saw a similar increase from 1.5 per cent to 3.4 per cent.

The finding applies only to apartments and row houses built specifically as rentals, where the majority of Toronto tenants live. It doesn’t include condos, which are about a third of the city’s rental stock, or basement suites.

CMHC found that the cost of renting a vacant unit was 20 per cent higher in the Toronto CMA than the average rent for an occupied apartment — $1,817 compared to $1,513.

Venuto’s attempts to afford a larger apartment didn’t pan out even though the average rent in his High Park North/Junction neighbourhood declined 3.9 per cent in CMHC’s survey.

It took from November when he first applied, until February for him to be told that his friend’s apartment wasn’t available. When he was offered a different apartment for $1,947, he wasn’t able to lock in that price.

Finally this month he was informed the larger unit had been reassessed at a higher price of $2,187 — more than Venuto considers affordable so he and his wife are staying put.

He suspects his friend’s apartment was never filled. Venuto is among others who say landlords are leaving units vacant until demand for rental housing rebounds and tenants will pay more.

“As far as I know, it’s still empty,” he said. “I think that was the opportunity to move and we are past it.”

Taking stock of a neighbourhood’s average rents one year versus the next isn’t a perfect comparison, warns senior CMHC analyst Dana Senagama. Price hikes in certain spots may reflect things like new, more expensive buildings entering the market. The less purpose-built supply there is in a neighbourhood, the more a single building can impact the average rent costs.

East of High Park, in South Parkdale-King West, local councillor Gord Perks suggested the area’s vacancy rate — which jumped 2.3 percentage points from 2019 to 2020 — was likely affected by two buildings north of Queen Street where he said hundreds of units had been left deliberately vacant until the market shifts and the landlord can let them out for more money.

What happened in your neighbourhood? The Star mapped out CMHC’s average rent and vacancy rate data for purpose-builds by neighbourhood, in 2019 versus 2020. These numbers give a glimpse at how Toronto’s rental market has changed in the last year.

Some were unsurprised by purpose-built rents continuing to rise in 2020. Daryl Chong, president and CEO of the Greater Toronto Apartment Association — a group of landlords in the purpose-built rental sector — said he believes there was less room for prices to drop in purpose-builds compared to condos, which saw far more sluggish cost increases between October 2019 and October 2020.

CMHC data shows that before the pandemic hit, renting a condo in Toronto cost upwards of 50 per cent more on average than it would cost to rent a purpose-built unit. The vacancy rate for rental condos in Toronto went from 0.9 per cent to two per cent in the study period.

To tenant advocates, the continued rise in purpose-built rental costs suggests that the pandemic hasn’t led to any meaningful changes in Toronto’s affordability for lower-income renters.

Geordie Dent, executive director of the Federation of Metro Tenants Associations, said that even a 10 per cent drop in average costs — which didn’t happen in any Toronto neighbourhoods’ purpose-built rental sector last year, according to CMHC — wouldn’t make the city more affordable for people like low-income gig workers or seniors on fixed income.

Some could still afford to live in Toronto, he said, if they’d held tight to the same rental in the long term and only faced incremental, annual increases. But even as the pandemic softened the market, those tenants would likely still face a more expensive Toronto if they looked to move in the last year.

For the first time last year, CMHC also took stock of rent arrears, showing that 11 per cent or 34,858 households in the Toronto CMA had fallen behind. Some $55 million in rent was unpaid in the GTA: more than a third the amount in rent owing in Canada.

But,“if you’re a professional and you’ve decided to stay in the city, yeah it’s gotten cheaper,” she said. “This is the first time in decades we’ve had this much negotiation room.”

In areas with higher vacancies and lower rents, higher wage earners have more leverage to move around, she said.

Even so, lower middle-income earners are still struggling, said Perks. In the Parkdale-King West portion of his ward, average rents rose by 12.4 per cent in 2020, to $1,342 a month.

“If you’re a single parent who is a nurse, you can’t pay that rent. So mid-market is not affordable for huge numbers of Torontonians,” he said.

Here’s what happened in a few Toronto areas last year.

This west-end neighbourhood saw Toronto’s sharpest decrease in average purpose-built rents year-over-year, per CMHC — down nearly eight per cent from 2019 to 2020. The number of units counted by CMHC stayed relatively stable over that time, going from 1,923 in 2019 to 1,918 in 2020. While neighbouring High Park North-Junction had a more moderate rent drop of 3.9 per cent, it had a more acute change in vacancies — rising 4.3 percentage points, versus the 2.9 in High Park-Swansea.

As rents went up 8.9 per cent in this downtown neighbourhood last year, vacancies ballooned: 1.8 per cent of the purpose-built sector was sitting empty in October 2019, but a whopping 7.3 per cent were sitting empty in October 2020. Though 109 units of social housing became vacant in that time for a revitalization project, those buildings were not included in CMHC’s count. The number of purpose-built rental units counted by CMHC for both years in the area hovered around 2,260.

Rentals in the eastern Toronto neighbourhood of Crescent Town have drawn attention during the pandemic, as a few complexes saw dozens of tenants falling behind on rent and being drawn into eviction proceedings. The area saw an increase in rentals sitting empty, with its vacancy rate going from 1.3 per cent to 5.6 per cent year-over-year. Average purpose-build rent costs reported by CMHC were $1,236 in October 2019, and $1,326 in October 2020. The number of units counted by the housing agency increased by just one, from 3,544 to 3,545.

In this neighbourhood, the number of purpose-built rental units counted by CMHC dropped by nearly 100 from 2019 to 2020, from 2,436 to 2,339. Senagama warns that fluctuations in the number of units per neighbourhood can impact statistics — like the 27.5 per cent jump recorded for this area’s average rent, meaning a rise from $1,445 to $1,842. The vacancy rate in Edenbridge-Humber Valley was relatively stable despite COVID-19, going from 1 to 1.3 per cent.

Average rents in purpose-builds rose more than 10 per cent in Danforth Village-East York, a neighbourhood located north of Danforth Avenue that includes some older 1960s-to-1980s apartment stock. The vacancy rate tightened in 2020, though by less than one per cent — suggesting a strong market for the still relatively moderate average rent of $1,296 per month. This area had fewer purpose-built units counted than others, with 819 in 2019 and 821 in 2020.

This area shows how neighbouring parts of the city performed differently for renters during the pandemic. While Islington/City Centre North, a neighbourhood above Bloor, saw rents dip less than one per cent to an average of $1,658 per month, Islington/City Centre South saw a jump of 11 per cent. While vacancies in the northern half of the area rose 2.3 percentage points, the rate was relatively unchanged in the southern neighbourhood, going from 0.3 per cent in 2019 to 0.4 per cent in 2020.

Willowdale and Newtonbrook East and West

Across Willowdale and Newtonbrook’s east and west halves, vacancy rates were relatively similar last year. But in the east, rents declined by 2.9 per cent to an average of $1,688 per month, while the western half saw a nearly 10 per cent increase. Urbanation’s Lierman suggested that the drop in the eastern neighbourhood may speak to its proximity to York University, with many students vacating their near-campus digs as classes have moved online, though it’s unclear why rents still rose in the western half. CMHC counted 2,230 units in 2019 in the east, and 2,211 in 2020, versus 3,062 and 3,053 on the western side.

This Etobicoke neighbourhood also saw average rents drop last year, down 5.6 per cent among roughly 2,560 units — from $1,572 to $1,484. As average rents dropped, for the first time recorded by CMHC since 2013 in the area, the number of empty units rose 2.4 percentage points.

One quarter of Canadians aged 25 to 35 purchased a property during pandemic: Royal LePage