An area along the Eastern side of the Don River in Toronto has been selected as the study site for the Urban Land Institute’s (ULI) 16th annual ULI Hines Student Competition. Though based on a hypothetical situation, the ideas competition provides both full- and part-time graduate-level student teams the opportunity to devise a comprehensive design and development program for parts of a real, large-scale site. The team with the winning proposal will receive $50,000; and the winner will be announced in early April. 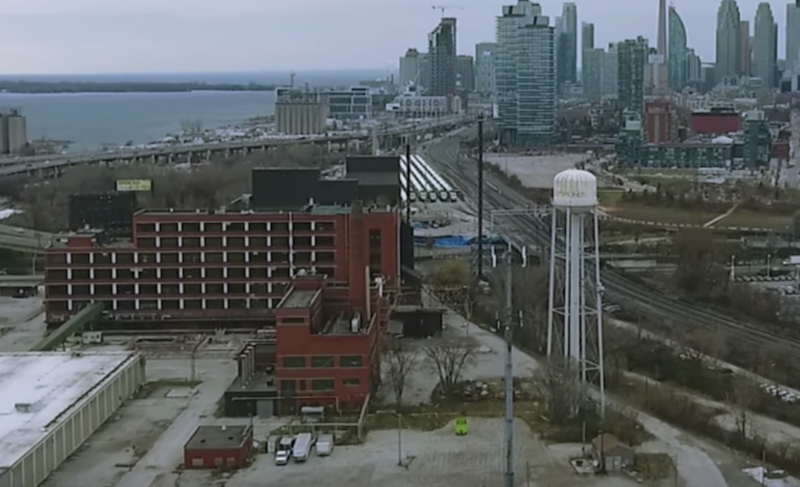 Aerial view of the competition site. Image via ULI

The competition, which began January 15, is designed to simulate an actual urban planning and development scenario, and reflects developments being considered as part of the City of Toronto’s vision for reviving the neighborhoods east of its historic downtown. Participants were tasked with creating a master development plan for the redevelopment of parcels of land adjacent to the river into a thriving mixed-use community that would catalyze other development, including additional commercial, retail and residential space, and connect residential neighborhoods in the city’s northeast section to commercial neighborhoods in the southern section.

To be competitive, submissions must create a comprehensive environment that is programmed, designed, built, and operated with all the elements necessary to promote the site as an integrated part of the city with high appeal to workers, visitors and residents. Playing the role of the potential master developer, student teams must evaluate the benefits and financial possibilities of buying at least two parcels along the Don River and possibly combining them with a third parcel to redevelop as one comprehensive development site.

The competition allows each team of five students 15 days to design and submit a master plan proposal that includes presentation boards with site plans, renderings, context analysis, and market-feasible financial data. Embodying the complex nature of urban planning and development, student teams must be multidisciplinary and reflect at least three different urban design and development disciplines.

This year, applications were submitted by 130 teams representing nearly 60 universities in the United States and Canada. Teams participating in the competition must submit proposals that illustrate innovative approaches to five general elements: 1) planning context and analysis, 2) a master land use plan, 3) urban design, 4) site-specific illustrations of new development, and 5) development schedule and finances.

Participants have received project briefing materials, including a comprehensive statement of the challenge, background information on the site, market information, relevant existing design proposals, site maps and photos, and other details, along with a list of materials required for team presentations. The competition is designed as an exercise; there is no intention that the students’ plans will be implemented as part of any revitalization of the site.

Project proposals must be submitted to ULI headquarters by January 29, 2018. A jury will review all proposals in compliance with the deadline and select four finalist teams and several honorable mentions. The finalists and honorable mentions will be announced in late February. During the final phase of the competition in March, the student finalist teams will have the opportunity to expand their original schemes and provide more detail for their plans. During this time, one member of each finalist team will receive an all-expenses-paid site tour of the Toronto site (though other team members may also join the tour). Information obtained during this site visit can then be used by the finalist teams in revising their presentations prior to the final presentation in April. During the April event, finalist team members will present their schemes in-person to the competition jury during a public forum in Toronto. Five thousand dollars of the $50,000 awarded to the winning team will be donated to the university represented by the team. Each of the remaining three finalist teams will receive $10,000.

More information about the competition is available here.