By By Nicole Thompson – THE CANADIAN PRESS Last updated May 7, 2019

TORONTO – The structure made of repurposed shipping containers on a busy street in Toronto’s downtown core is as much a gathering place as it is a marketplace. 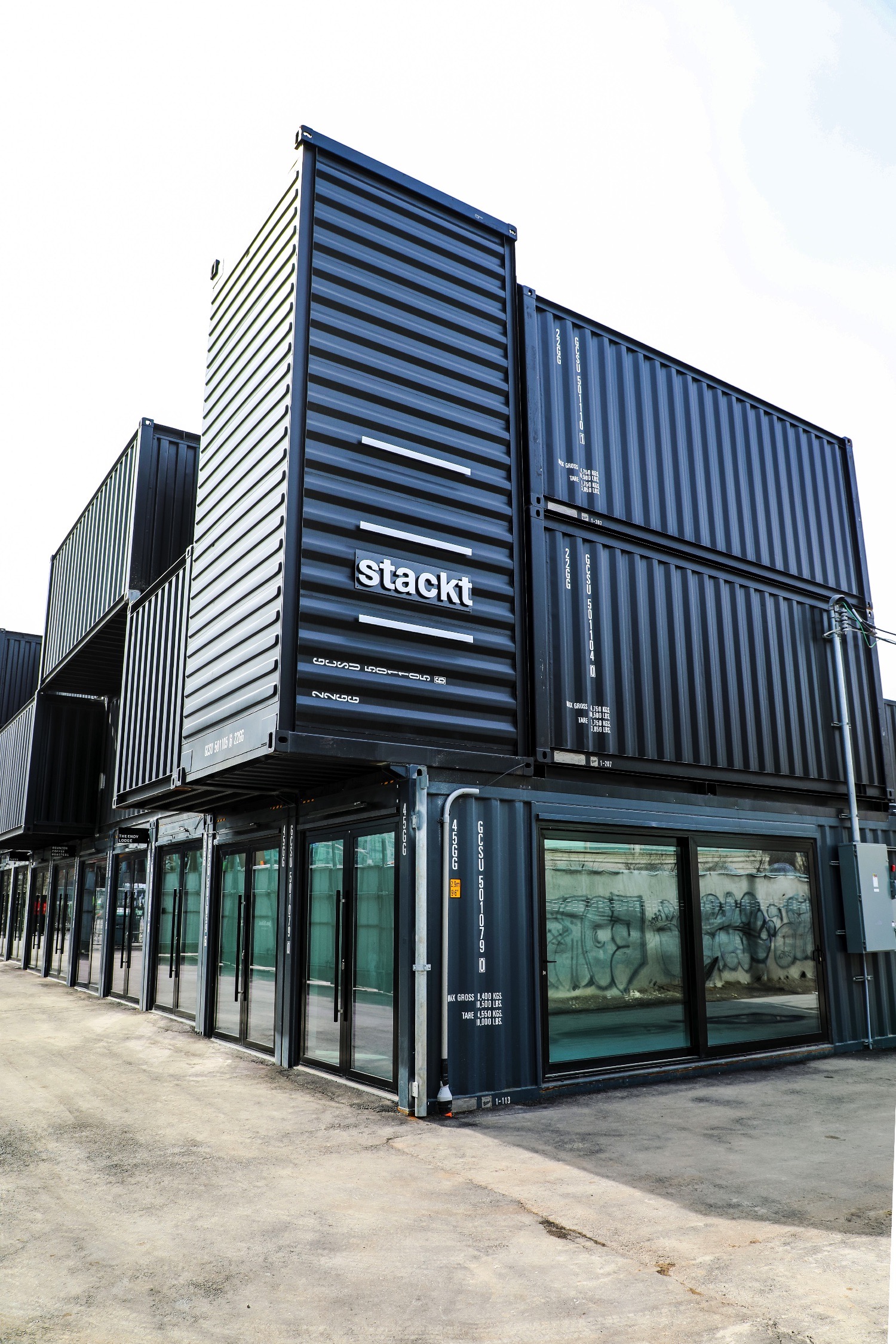 The parcel of city-owned land – sprawling by downtown standards – was vacant for years before it was leased out and turned into Stackt, a retail hub.

On a sunny weekday afternoon in late April, young people lounge on the Astroturf that covers part of the space, taking photos of each other with a clear shot of the CN Tower as their backdrop.

To their left is the marketplace: black shipping containers that were carefully designed to look haphazardly stacked on top of each other, three high in some places. The shops – including a cafe and a doughnut joint – are on the first storey, while the second two levels are purely decorative.

Joanne Capuano, who came to the market for a walk in the sun with her friend, said the location serves as a respite from the highrise condos that surround it.

”This is exactly Toronto. It’s us trying to be green, but in an industrial city,” Capuano said, gesturing to a vegetable garden planted in milk crates in the middle of Stackt’s courtyard.

The market, which has benches by the stores and bright woven basket chairs on the Astroturf, lends itself to hanging out.

”It’s a big city but you can come and have this little city area,” Capuano said. “And it beats a mall.”

Stackt’s tenants include locally owned businesses such as Encircled, a womenswear company that sells versatile pieces sewn in the city, along with larger companies, including a BMO branch.

Several of the containers are also dedicated as pop-up venues so entrepreneurs can set up shop without committing to a long-term lease.

Jacki Lang was among the first pop-up tenants, with a gallery of graphic prints made by designers from all over the world that start at about $185, and a few locally made furniture pieces.

In addition to selling art, she also hosted a print-making event in early May, where visitors could watch an artist at work.

”I wanted to do something in the space that was dynamic and kept changing,” she said, noting that a few students from nearby OCAD University would also be displaying their art in the space.

”It’s been great because it’s so casual,” she said. “I’m so used to working in formal galleries, and it’s so great to interact with people in such a laid-back environment, because everybody’s enjoying walking around and meeting lots of people.”

Stackt is the brainchild of Matt Rubinoff, a longtime resident of the downtown neighbourhood the market now calls home.

”This is one of Toronto’s fastest-growing neighbourhoods and there’s a need for some community spaces and public gathering spaces where people can just come down and connect,” he said, noting that the market has offerings for locals and visitors alike.

”LGA were the architects on the project, and we tried to give them the freedom to make sure from a design perspective they were doing things that were really interesting,” Rubinoff said.

Stackt is not alone in using shipping containers in architecture: a student housing project in France, a hotel in Japan and a shopping mall in South Korea are all made of the containers.

What sets Stackt apart is its sheer size – it’s on a plot of land that’s more than 9,000 square metres.

”The modularity of the containers really helps out. Looking at the short-term lease that we have with the city, being able to construct quickly but also being able to pick the project up if need be was key, and that’s something that the containers give you the ability to do.”

Oh hi, sorry to have been so quiet. We've been busy, but we're open now and you'll be hearing a lot more from us here, there and everywhere. Come discover what stackt contains. pic.twitter.com/sSUzemUoKS

– Take the King streetcar to Bathurst Street, and then walk south

– Limited paid parking spaces are available for $3 per half hour

– Check out Stacktmarket.com for upcoming events, such as workshops and movie screenings

Perkins and Will Expands Its Canadian Practice