The City of Toronto announced several new initiatives to improve road safety and to enforce the message “slow down Toronto” in school zones. These initiatives, to be launched in the next few weeks, are part of the City’s $86-million Vision Zero Road Safety Plan and will coincide with a Toronto Police Service school zone safety campaign. 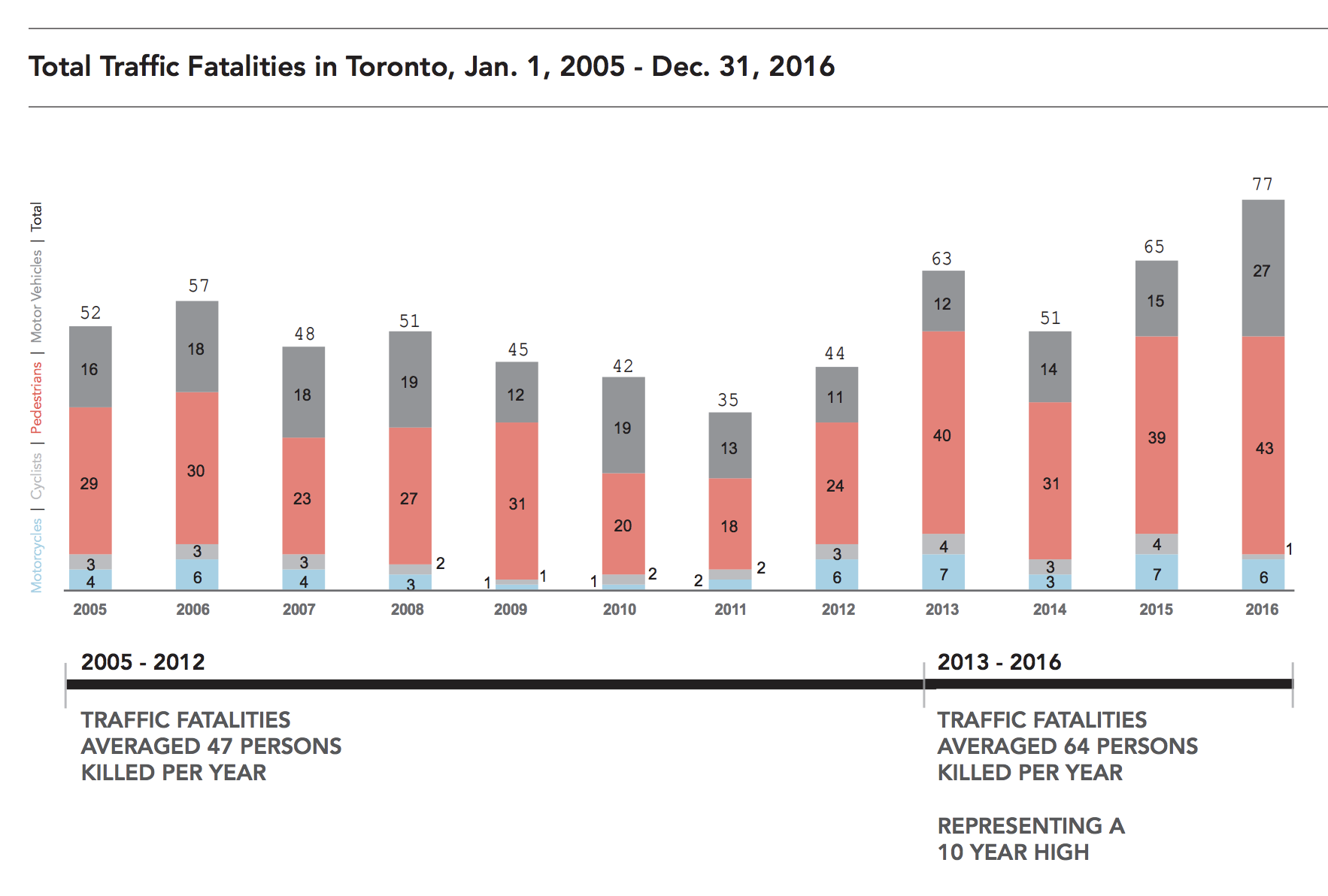 “The safety of all pedestrians, but particularly children, must be a priority in this city. One pedestrian death is one too many,” said Mayor Tory. We are working to prevent these deaths and protect our residents across the city. We all have a responsibility to share our streets in a courteous and safe way. I am committed to making sure all those who use our roads – pedestrians, cyclists and drivers – can get where they need to go as safely and efficiently as possible.”

“These tragedies are unacceptable,” said Deputy Chief Yuen. “Toronto Police Service is committed to doing everything we can to make our roads safer. Over the next two weeks, officers will be paying special attention to drivers, pedestrians and cyclists who commit traffic violations that may jeopardize pedestrian safety in school zones.”

Vision Zero measures planned for the first quarter of 2018 in school zones:

• The Toronto Police Service will begin a two-week “Slow Down Toronto” campaign in school zones beginning on March 19 to support the City of Toronto’s Vision Zero initiative. This campaign will see a focus on traffic enforcement and driver education on speed, distracted driving and aggressive driving, which are all seen as contributing factors to killed and seriously injured collisions.

• Toronto will begin a one-year pilot project to provide new flexible in-road traffic calming signs in 12 school zones across the city. These new signs will be placed in the middle of the roadway as a reminder to motorists that they are in a school zone and to slow down. These signs are not traffic-control devices and are not to be confused with pedestrian crossing locations. Pedestrians are advised to cross at intersections, traffic signals or crosswalks as usual.

• The City is accelerating the School Safety Zone program and will be retrofitting 80 schools in 2018, up from original plans to retrofit 20 schools annually.

Across the city, Transportation Services staff will conduct comprehensive reviews beyond the immediate frontage of schools for additional safety improvements in a larger footprint around the school, aimed at improving the safety of routes children take when walking to school. The City will continue to look for opportunities to implement various safety measures in front of schools, such as:
• new school zone safety signs with flashing beacons
• school zone pavement stencils
• “watch your speed” driver feedback signs
• zebra markings at school crosswalks
• examination of placing a school crossing guard at major crossings, and
• traffic calming measures beyond the frontage of schools.

“The safety of all road users remains my top priority. We are committed to reducing traffic fatalities and serious injuries on our roads and will be aggressively implementing a number of measures to make Toronto’s roads safer,” said Councillor Jaye Robinson (Ward 25 Don Valley West), Chair of the Public Works and Infrastructure Committee.