Speaking at a housing construction site in Toronto’s Distillery District, Tory — who is seeking a third term in October’s municipal elections — said that when home ownership is out of reach and the rental supply is inadequate, it affects overall affordability and the city’s economic competitiveness. 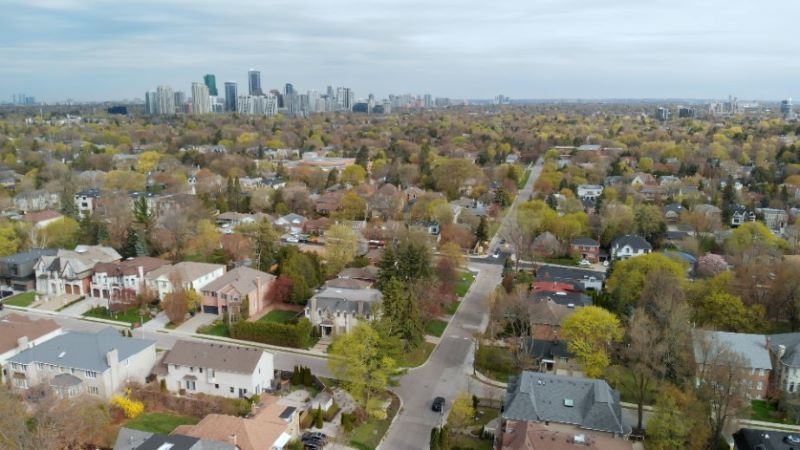 “Canada is facing a national housing shortage. This is not confined to Toronto, but we feel it here quite acutely,” said Tory. “We know that when there’s not enough housing, it becomes more expensive for everyone.”

Tory’s plan includes allowing more multi-unit or clustered housing buildings — including duplexes, triplexes and walk-up apartments — in neighbourhoods, and greater densities on major roads and in areas served by transit.

The plan also includes the creation of a new division to streamline the building process. This would allow more multi-family or clustered housing buildings to be built “without the length and costly city-approval process,” he said.

The plan would also see the city enact a so-called “use it or lose it” policy for developers sitting on approved but undeveloped land, which could see them pay higher taxes or have their zoning approvals expire after a certain time frame. Tory said the policy, which would require provincial approval, would ensure development projects move forward on a reasonable timeline.

Tory is also proposing to allow a portion of city-owned land to be developed by non-profit organizations so they can turn it into affordable housing.

He said that includes an increased focus on co-operative housing. “For some reason we — meaning all of the governments — backed away from the use of it in previous years,” he said.

The last pillar of Tory’s plan includes reducing fees and charges for housing built for rental to encourage their construction.

“When it comes to building more homes, I will always push and look for more ways to embrace the faster, kind of wartime speeds we saw employed in many different areas during the pandemic, and more thinking outside the box,” said Tory.

He also called for increased collaboration between governments on affordable housing projects.

Tory added that he wants to help young Torontonians have a chance to live in the neighbourhoods where they grew up and give senior residents the opportunity to stay in their areas when they decide to downsize.

Earlier this month, Municipal Affairs and Housing Minister Steve Clark introduced legislation that would give the mayors of Toronto and Ottawa veto powers over bylaws that conflict with provincial priorities, such as building housing. Tory supported the idea while the current, outgoing mayor of Ottawa Jim Watson didn’t.

Premier Doug Ford has said the so-called “strong mayor” powers would be expanded to other municipalities.

The Ontario municipal elections are set to take place Oct. 24.

This report by The Canadian Press was first published Aug. 23, 2022.

Canada’s real estate market is cooling. Here’s what to expect this fall