OTTAWA – Prime Minister Justin Trudeau warned Canadians against relaxing their guard against COVID-19 as he and his cabinet kicked off two days of closed-door meetings to discuss the pandemic and how to lead the country through a second wave. 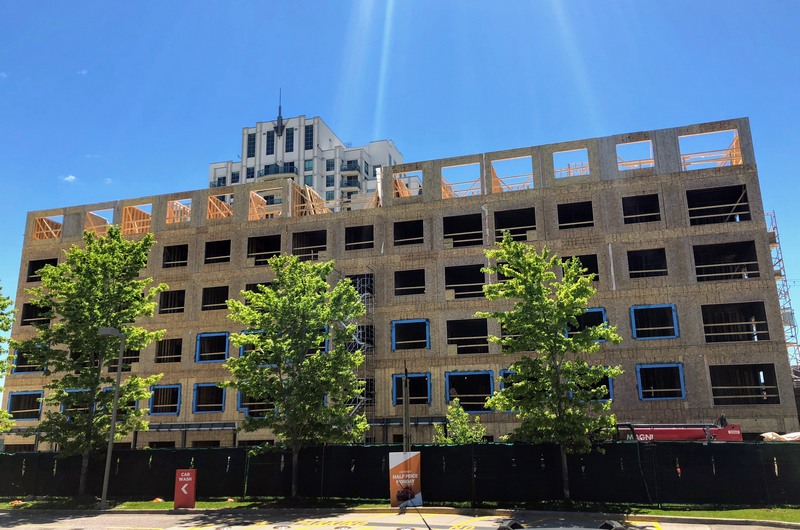 The past several weeks have seen a resurgence in COVID-19 across Canada after a summer lull, which Trudeau said is a reminder that Canada is ”not out of the woods yet.”

”We need to continue to remain vigilant,” he said Monday before launching the cabinet retreat in a Global Affairs Canada office building in Ottawa. ”The last thing anyone wants is to go into this fall in a lockdown similar to this spring, and the way we can prevent that is by remaining vigilant.”

It is in this context that the retreat is being held. Originally focused on building a post-pandemic economy, ministers are now expected to spend significant time mulling the immediate challenge of a second wave.

”We need to get through this in order to be able to talk about next steps,” Trudeau said.

”So a lot of what we’re going to be doing during this retreat will be talking about how we continue to keep COVID under control, continue to make sure that Canadians are safe, that we’re not overloading our health-care system.”

Underlining that point, ministers were to hear presentations from Canada’s top public health doctor Theresa Tam and the co-chairs of two federal task forces: one created to advise the government on measures to support developing a COVID-19 vaccine and the other on COVID-19 immunity.

Parliament is set to resume with a throne speech on Sept. 23. As a result, political strategy will also figure prominently in the cabinet discussions, particularly as the speech will trigger a confidence vote that could lead to a snap election.

Trudeau had previously indicated the speech would present a bold plan for rebuilding a more sustainable, equitable and clean economy. Environment Minister Jonathan Wilkinson on Monday said the need to build a stronger economy remains critical.

”Canadians are worried about the pandemic and the government’s first priority has been and will continue to be supporting people through this,” Wilkinson said during a short break in the ministers’ meetings.

”I do think, though, that Canadians are also looking to us to think about how we build back in a way that actually promotes resilience for the Canadian economy and for Canadians generally going forward. Part of that is considering the potential impacts of climate change in the future.”

Trudeau said the pandemic has “exposed weaknesses in our country where vulnerable people are continuing to slip through the cracks (but) our focus is very much on what we need to do to control COVID-19.”

To that end, details on the longer-term recovery measures aren’t expected until an economic statement later in the fall.

The government is operating on the assumption that the global fight against the deadly coronavirus that causes COVID-19 will continue for at least two more years, and that rebuilding the economy then will depend on protecting it now.

Insiders, who spoke on condition of anonymity because they were not authorized to publicly discuss the matter, have previously laid out three priorities that will be included in the throne speech.

Those are measures to protect Canadians’ health and avoid another national lockdown; the economic supports needed to keep Canadians financially afloat while the pandemic continues; and longer-term measures to eventually rebuild the economy.

In particular, the Liberals are expected to promise more funding for health care, including long-term care homes, along with affordable housing and child care to help parents, especially women, get back to and stay at work.