Commercial real estate investment activity in the Vancouver market area picked up in the fourth quarter of 2020, closing out the year on a high note, according to Altus Group. 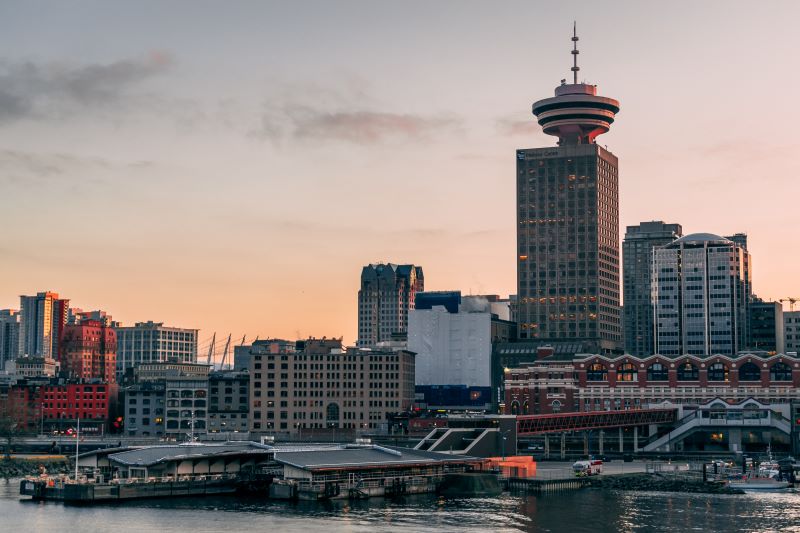 Altus Group states that the annual decline resulted from a significant drop off in the office and residential land sectors, while retail, industrial and apartment all saw an increase in activity over the previous year. Overall, the fourth quarter ended with nearly $2.2 billion in transaction volume across 381 transactions. 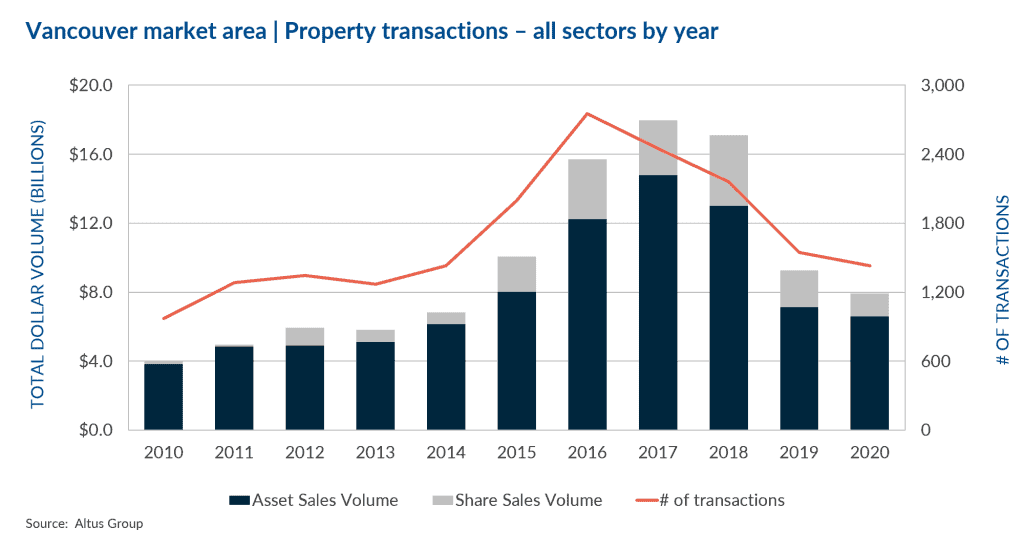 The retail sector finished the year with an 18 per cent increase in total investment volume for 2020 compared to 2019. Two benchmark sales of multi-tenanted retail plazas in Q4 2020 pushed the total amount invested in the quarter to $276 million, a 50 per cent increase from Q4 of 2019.

Despite COVID-19 restrictions in place across the country, many retailers have remained open for business in British Columbia, which appears to have had a positive effect on this asset class. Rising apartment vacancy rates led to increased availability for multi-family assets in the Vancouver market area which resulted in apartment sales surpassing the $1 billion mark in 2020, marking a 30 per cent increase year-over-year.

Industrial sales accounted for 22 per cent of the total dollar volume in 2020 representing the highest selling asset class of the year and growing 34 per cent compared to 2019. Availability rates in this space remain low, with the emergence of e-commerce and food delivery businesses driving increased demand for warehousing and storage facilities. 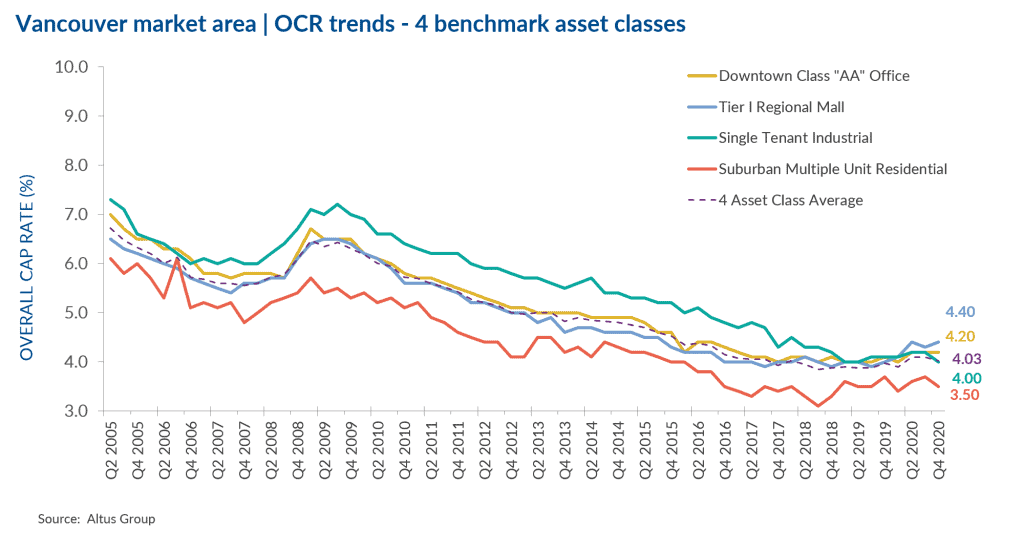 The largest decline across all asset classes was seen in the office sector with sales down 60 per cent from 2019, as the total dollar volume failed to surpass the $1 billion mark for the first time since 2015. As COVID-19 uncertainties and work from home mandates persisted through the fourth quarter, increasing office vacancy rates left investments in this sector at a standstill. Residential land saw a significant decline in 2020, as the $1.5 billion in total investment dropped 32 per cent from the previous year, marking the lowest annual total as well as the fewest number of deals seen in the Vancouver market since 2010.

According to results from Altus Group’s Investment Trends Survey for Q4 2020, Vancouver maintained its spot as the top preferred market by investors alongside Toronto, with increased momentum ending off the year. Overall cap rates in Vancouver compressed from 4.10 to 4.03 in the fourth quarter, with rates increasing for Downtown Class AA Office and Tier I Regional Malls but decreasing for Single-Tenant Industrial and Suburban Multi-Unit Residential. 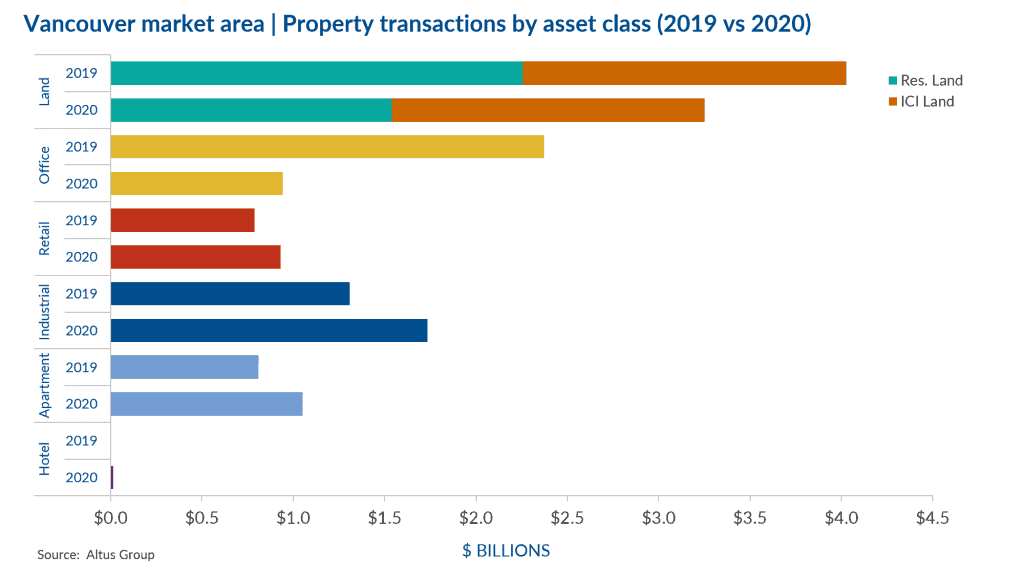 As the one-year mark of the pandemic lockdown nears, strong results in Q4 2020 have generated positive momentum moving into 2021, says Altus Group. While there was increasing investment in the retail, apartment and industrial sectors, the ultimate pandemic impact on the office sector remains to be seen and developers have adopted a tentative approach to land acquisition when it comes to residential land.

“With a nationwide vaccine rollout on the horizon, Vancouver commercial real estate has seemingly begun its emergence from the lowest points of the pandemic-driven recession,” says Altus Group.