Vancouver housing strategies abound, but will a fractured council hinder next mayor?

VANCOUVER – Voters in Vancouver’s municipal election have been met with an array of proposed solutions to the city’s chronic housing unaffordability – but the same question looms over all the mayoral candidates and their pledges.

That’s whether they will be dealing with the kind of splintered council that incumbent Kennedy Stewart faced over the past four years. 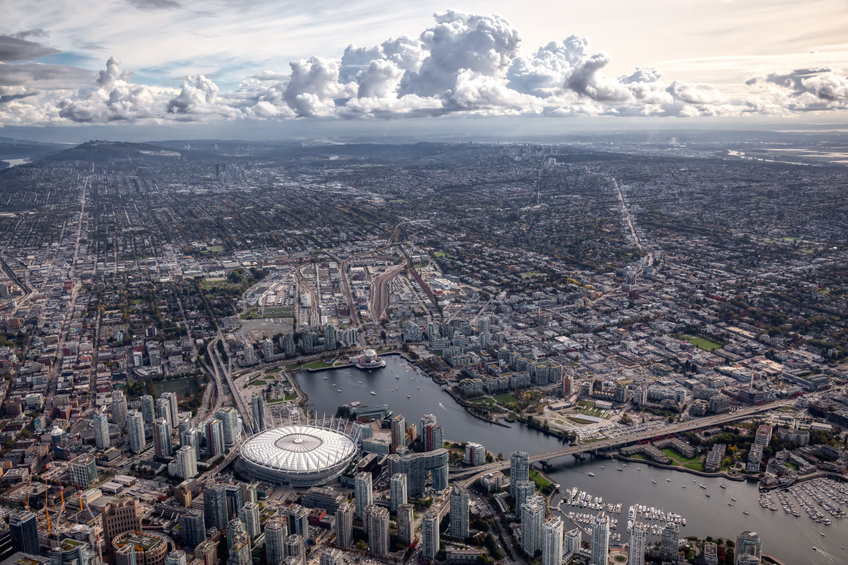 Statistics Canada data published last month confirmed that B.C. leads the country as the province with the highest rate of unaffordable homes, due largely to the number of people paying high rents to live in downtown Vancouver.

The city’s home price-income unaffordability is also routinely ranked among the worst in the world.

“(People) can’t find adequate spaces to live, either to buy or to rent, and so how to get more housing into the market, I think, has emerged as the dominant issue,” University of the Fraser Valley political scientist Hamish Telford said.

Mayoral candidates in the Oct. 15 election are offering flagship housing promises, ranging from increasing housing stock to improving the permitting process to ripping up the city’s current housing plans in the name of more co-ops.

But putting those plans into motion – for whoever wins the top job – could be complicated.

As one of the rare large Canadian cities without wards, keeping track of the 15 people vying to be mayor and 59 seeking one of 10 council seats can be dizzying.

In an attempt to bring order to the chaos, candidates often run as slates under various party banners, but Telford thinks it’s unlikely the next mayor will have a majority of council from the same slate.

“It will then be the job of the mayor, really, to make this divided council functional,” he said.

“And while they all agree that the major issue is housing, they may have different approaches to how to address the problem, and that will be the challenge for whoever becomes mayor, is getting council pulling in one direction on it.”

Incumbent Stewart, a former NDP MP, was first elected mayor in 2018 after running as an independent.

After four years of what he says was a “fractured” council with representatives from four different parties, he created his own party – Forward Together – to run with a slate of candidates aiming for a majority.

He thinks the party has a good chance but says his experience has prepared him if that doesn’t happen.

“Regardless of the circumstance, I know that I can move this plan forward, although it’d be much easier with a majority,” he said.

In this campaign, the promise has more than doubled to 220,000 units in 10 years, the majority being rental or social housing.

To get there, he’s relying heavily on the city’s Broadway and Vancouver plans, which aim to increase housing density over large swaths of the city, as well as the completion of large building projects he says developers delayed over concerns whether the existing council would give the green light.

“This council has been completely fragmented and so it’s so unpredictable when you bring a large project to council whether or not it’ll pass,” he said.

At the same time, he’s promised rental protections for those whose homes are redeveloped.

“If your building is slated to be redeveloped, all your costs are covered and then you get to move back into the new building that replaces your old building at the same or lower rent,” he said.

Four years ago, Ken Sim was the Non-Partisan Association’s candidate who lost to Stewart by less than 1,000 votes. He said he’s spent years preparing this time around and is confident he and his new ABC Vancouver party can win a majority and will be happy to work with others.

When it comes to housing, Sim’s pitch is to speed up the city’s permitting process as well as pre-approve some housing designs.

“If you wanted a simple renovation permit, you should be able to get that in three days. If you wanted to build a single-family house or a laneway house or a townhome, you can get your permit in three weeks; for professionally designed low- and mid-rise buildings, within three months; and complex builds within one year, down from the six- to 12-year period that people wait for now,” he said.

Mark Marissen, the mayoral candidate for Progress Vancouver, did not respond to a request for comment. The party’s platform includes a promise to provide $1,200 per household to all renters in Vancouver and waive one year of property taxes for all first-time homebuyers.

“We’re going to end the apartment ban and more than double the amount of housing starts throughout the city, mostly with gentle four- to six-storey family-oriented apartments. It just makes sense to capture that new value and send it straight to the people most in need,” Marissen said in a press release.

Housing and the adjacent issue of homelessness have topped a series of pre-election polls as issues of key concern in Vancouver, but crime and law and order have also featured prominently during the campaign.

For the first time, the Vancouver Police Union hosted a mayoral debate and took the unprecedented step of endorsing a candidate, Sim.

He has campaigned on a commitment to hire 100 more police officers and 100 more mental health nurses to help tackle public safety concerns, something he says could be funded without cutting core services.

“We know intuitively that every dollar that we invest in this program, we should see a savings of at least that much if not more in avoided downstream costs to the system,” he said.

The NPA, which saw four out of its five councillors quit the party during the current term, is being represented by Fred Harding in the race for mayor.

Harding, a former West Vancouver police officer, is campaigning hard on law and order and promises to deal with what he considers a “public safety crisis” in the city.

He wants to ask either the federal or provincial government for about $50 million a year over the next few years to augment the city’s police force, potentially bringing back retired officers or offering short-term secondments from other police departments.

While he acknowledges it would be uncommon for another level of government to step in and fund city police, Harding said he’s confident Ottawa or the province would step up.

When it comes to housing, the NPA is also promising to speed up the permitting process, though Harding could not offer specific targets.

On the other side of the housing debate sits Colleen Hardwick, who is aiming to go from city councillor to the mayor’s job under the TEAM for a Livable Vancouver banner.

Hardwick said that remaining as what felt like a solo voice on council over the past four years would achieve little “other than be unpleasant for me.”

“I knew that it was essential to build a team of a majority of six votes, in order to effect any of the change that is really needed at the city,” she said. The mayor gets a tiebreak vote in the event of a 5-5 deadlocked council.

Hardwick doesn’t believe that the solution to Vancouver’s pricey housing is to increase the stock, putting her at odds with her former party, the NPA, and has instead promised to repeal both the Vancouver Plan and the Broadway Plan.

She believes that the extra housing proposed under these plans is not needed and would actually increase the cost of housing overall.

Instead, she proposes spending $500 million to build co-op housing on city-owned land to generate revenue for the city and create 2,000 units.

Hardwick wants to create a Downtown Eastside commissioner who would be charged with auditing services offered to residents.

“The intent is that the commissioner will act as a catalyst to bring together the other levels of government to complete this audit, because in doing so it will help us understand how to be more efficient in our ways of dealing with homelessness,” she said.