Vancouver city council passed a motion last week requiring all large commercial buildings to use only renewable energy by 2040 and setting limits on carbon pollution for existing buildings, making it the first Canadian city to do so.

The city’s leadership is “critical” and will hopefully encourage other municipalities to follow suit, said Kevin Lockhart, a research manager at Efficiency Canada. It also signals to all levels of government that it’s time to support municipalities in these endeavours and sends signals to the manufacturing sector about the type of equipment and workforce they can invest in, he said. 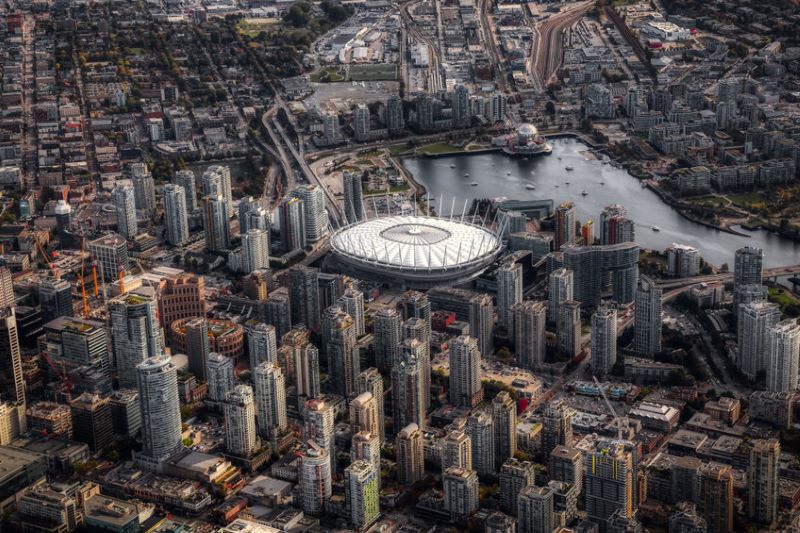 Natural gas use in buildings accounts for 57 per cent of Vancouver’s carbon emissions, according to the city’s building emissions reductions reports. Across Canada, greenhouse gas emissions from buildings are nearly one-fifth of the country’s total emissions, making it a critical area to tackle.

This can be done through upgrading insulation and windows so buildings are more airtight and replacing existing heating systems like furnaces with heat pumps, said Lockhart.

These changes have the potential to improve indoor air quality and the resilience of the buildings, making the city’s decisions a win-win, he said.

“Through emissions reductions, we’re really looking at an improved environment for the occupants, whether they be homeowners, building owners or people partaking in activities at community centres,” said Lockhart.

He was encouraged to see measures that will lock in structural changes, such as setting deadlines for certain equipment replacement.

Putting in place clear requirements and timelines is key so the public, industry and manufacturers know what to expect and can act accordingly, said Sean Pander, Vancouver’s Green Building Programs manager, in an interview with Canada’s National Observer.

There are some uncertainties — the new strategy aims for zero greenhouse gas emissions from buildings but also includes renewable gas (which, in some cases, can still produce emissions at lower levels than conventional natural gas) as an accepted form of renewable energy. Pander said what constitutes renewable energy and how that gets regulated and determined is under provincial jurisdiction. He says the plan provides a direction and the details can evolve over time but will always hinge on reducing energy use and using only renewable sources.

“Tackling climate change requires every level of government, from the federal to the municipal, to work in tandem,” federal Natural Resources Minister Jonathan Wilkinson’s press secretary Keean Nembhard wrote in a statement.

Vancouver’s action on tackling emissions from the buildings sector is welcome and is a shared priority of the federal government, the statement reads.

Lockhart says the federal government can support cities like Vancouver by enabling data sharing so municipalities know what is going on in their built environments and help develop building codes for each province.

“The City of Vancouver is providing real leadership with this significant change in policies,” NDP MP for Vancouver East, Jenny Kwan, told Canada’s National Observer in an emailed statement.

She pointed to the heat dome that “shattered record temperatures and killed hundreds of people.”

Homes and other infrastructure in B.C. are generally not built to withstand such temperatures, and solutions like heat pumps and improved insulation help keep us cool and reduce planet-warming greenhouse gas emissions.

Two other Canadian cities emerged as leaders in sustainability earlier this month.

On May 4, the City of Toronto and City of Edmonton won sustainability excellence awards from the American Planning Association.

Toronto’s ambitious net-zero-by-2040 strategy earned the city the Environment, Climate and Energy Award. The “Policy, Law or Tool Award” was awarded to Edmonton for its creation of the first carbon budget in North America.

Interest in mortgages from credit unions, private lenders up as rates rise: Brokers