Vandyk Properties (Vandyk), has announced PCL Construction as the official construction manager of record for the master-planned, community of Grand Central Mimico in Etobicoke.

According to Vandyk, Grand Central Mimico marks the first-ever binding agreement between Metrolinx and a developer, encompassing over two million square feet of mixed-use development to completely transform The Mimico Triangle. Vandyk is leading the intensification and revitalization of this property as majority owners of this new district, which is estimated to be valued at over $2.5B in created assets once complete. PCL Construction has been appointed to help bring phase one of Grand Central Mimico to fruition.  Lead architects & urban designers for Grand Central Mimico is SVN Architects + Planners.

“PCL is one of the largest, most reputable construction companies in North America and we are incredibly proud to appoint them as our constructor for phase one of our Grand Central Mimico project,” says John Vandyk, President and CEO of Vandyk Properties. “Their commitment to quality, safety and innovation are what makes PCL the perfect choice to kick-off the construction of Toronto’s first, true transit-oriented community to the community of Mimico.” 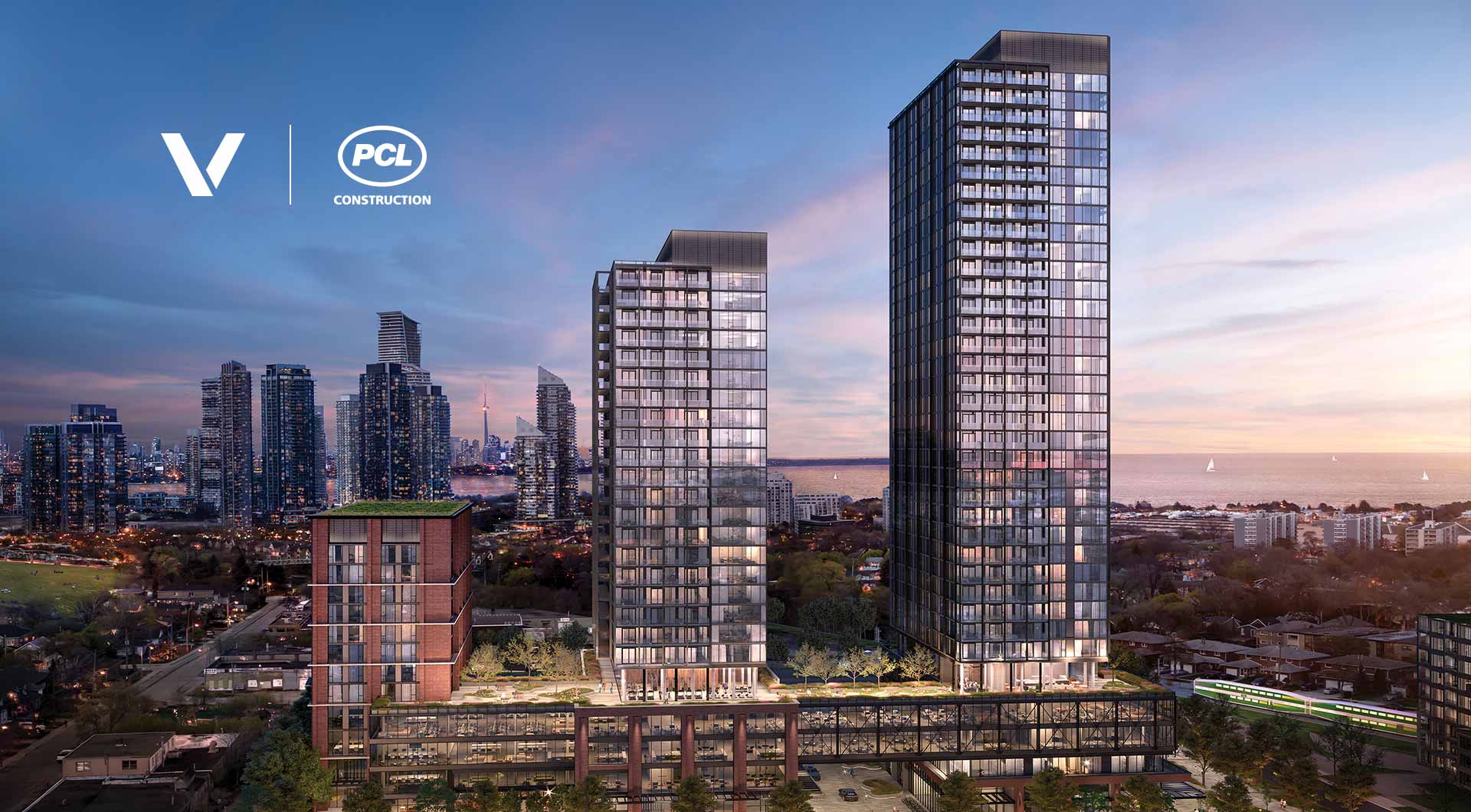 The first phase of Grand Central Mimico, The Buckingham, launched in March 2021. Vandyk reports that since its launch, The Buckingham’s 749 units are almost completely sold through — the remaining units are currently on reserve for Vandyk’s soon-to-be-launched affordable housing program, funded in part by the City of Toronto, targeting first-time homebuyers. This program is anticipated to launch fall/winter 2021.

Vandyk reports that once complete, The Buckingham will include units with a variety of different floor plans appealing to nearly all buyer demographics; approximately 20,000 square feet of retail space, to be anchored by an urban grocery store, shops and restaurants; and approximately 30,000 square feet of office space. The commercial components will be in the podium below the residences. Construction for Grand Central Mimico’s first phase is anticipated to begin in Q3 of 2022.

“We are thrilled to build the first phase of Grand Central Mimico in the historic Mimico neighbourhood,” said Marc Pascoli, Vice President and District Manager of PCL Constructors Canada Inc. (Toronto). “Vandyk Properties are industry-leaders in revolutionizing the product offering in North America, and we feel honoured to be part of creating a community that occupants will be proud to call home by bringing their vision for this master-planned community to life.”