‘Wait and see’: Toronto, Vancouver home sales plummet from 2021 as buyers hang around

TORONTO — The Canadian real estate sector might not be a buyers’ market quite yet, but a shift away from the rapid price increases of the past few years is well underway with home sales in both the Greater Toronto and Vancouver Areas dropping significantly. 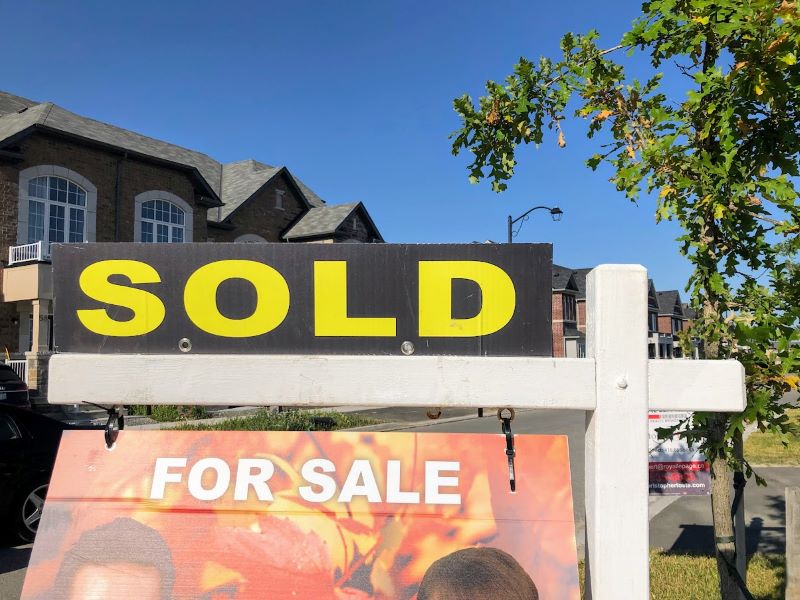 While both markets have seen an easing take shape in recent months, the softening was even more evident in July, when Toronto’s real estate board found GTA home sales amounted to 4,912, a 47 per cent fall from the same time last year and 24 per cent decrease from this past June.

Boards and real estate agents have attributed much of the moderation to the higher cost of carrying a mortgage after Canada’s key interest rate went up by a full percentage point in mid-July, making it the largest hike the country has seen in 24 years.

The rising rate environment has encouraged people to rethink their housing intentions. Prospective buyers are holding out for further drops they and brokers anticipate could materialize in the fall, while sellers are debating whether to make what they can from their home now or wait for the market to turn in their favour again.

“It’s more people unsure about what the future holds. It’s not a pessimism so much as it is sort of a ‘wait and see,”’ said Sabrina Cameron, a sales representative with the Richards Group in Toronto.

Many sellers testing out the market are finding the bidding wars and frenzied pace seen in the first half of the year and late last year have now dissipated. The realization has encouraged some to even terminate their listings to take advantage of the hot rental market, where vacancies are dropping and prices are up.

Others are staying out of the market because they’re busier than they were earlier in the year or last year, when COVID-19 curtailing activities, said Cameron.

“People are going out more, they are distracted from the real estate market,” she said.

However, the confluence of people being busy and sales being down haven’t yet made for a buyer’s market. For that to happen, Cameron said inventory levels would have to hit about six months’ worth of supply. The GTA’s sits at just over two months, she noted.

“Prices are sticky,” he said. “When sales decline in a large fashion, prices don’t decline as much.”

Prices are slower to fall in the current environment because inflation is at a near 40-year high, the cost of lending is up and there is a labour shortage, but banks have liquidity to offer mortgages and sellers are still around, Haider said.

The Real Estate Board of Greater Vancouver said Wednesday that the composite benchmark price for the region sat at more than $1.2 million last month, a roughly 10 per cent increase from July 2021 and a two per cent drop from June 2022.

The sales-to-active listings ratio last month was 18.3 per cent for all property types. Analysts typically say downward pressure isn’t seen on home prices until the ratio dips below 12 per cent for a sustained period, while home prices often experience upward pressure when it surpasses 20 per cent over several months, the B.C. board said.

The Toronto Regional Real Estate Board revealed Thursday the average home price was $1,074,754 last month, a one per cent hike from July 2021, but a six per cent drop from June 2022. The composite benchmark price was more than $1.1 million, up by 12.9 per cent year-over-year.

Prices in the semi-detached, townhouse and condo apartment were all up between five and seven per cent since last year, but many don’t expect those rises to persist.

“Notably, more Canadians now expect prices to fall than rise over the coming months, a sudden turn from the raging self-reinforcing optimism seen through 2021.”

The market also saw a drop in new listings, which amounted to 12,046 last month, down four per cent from a year ago.

This report by The Canadian Press was first published Aug. 4, 2022.