A collaboration between The WBIA and the founders of Winter Stations – the popular, annual art competition held along Toronto’s East End Beaches – Ice Breakers was conceived to inspire exploration of the urban Waterfront in the colder months.

“Design is a powerful motivator,” says Roland Rom Colthoff, principle at RAW design and a Winter Stations co-founder. “The Waterfront is one of Toronto’s busiest communities in the summertime but, like The Beach, it can be under-appreciated as temperatures drop. Like Winter Stations, Ice Breakers is an interactive celebration of public art. We want to nudge Torontonians back outside and inspire them to keep engaging with the city.”

Whereas Winter Stations is a response to the open vistas of Ashbridges Bay and Kew Beach, Ice Breakers takes its cues from the commercial history of the harbour. The name Ice Breakers is inspired by the utilitarian ships once used in Toronto’s harbour to break up frozen bodies of water, keeping commerce flowing into and out of the City. The name is also a testament to the power of design, bringing strangers together and sparking dialogue.

“Following the completion of the revitalized Promenade, we wanted to bring an interactive and design-centric event to the area,” says Carol Jolly, Executive Director, The Waterfront BIA. “Ice Breakers will be our marquee winter event and our hope is to encourage people to get out and discover the beauty of the Toronto Waterfront, all year round.”

Developed in partnership with PortsToronto and Waterfront Toronto, all five Ice Breakers installations will be dispersed throughout the Waterfront between Yonge St. and Bathurst St. beginning January 21. The exhibition will run over five weeks, coinciding with the debut of the third annual Winter Stations Competition in The Beaches on Family Day. 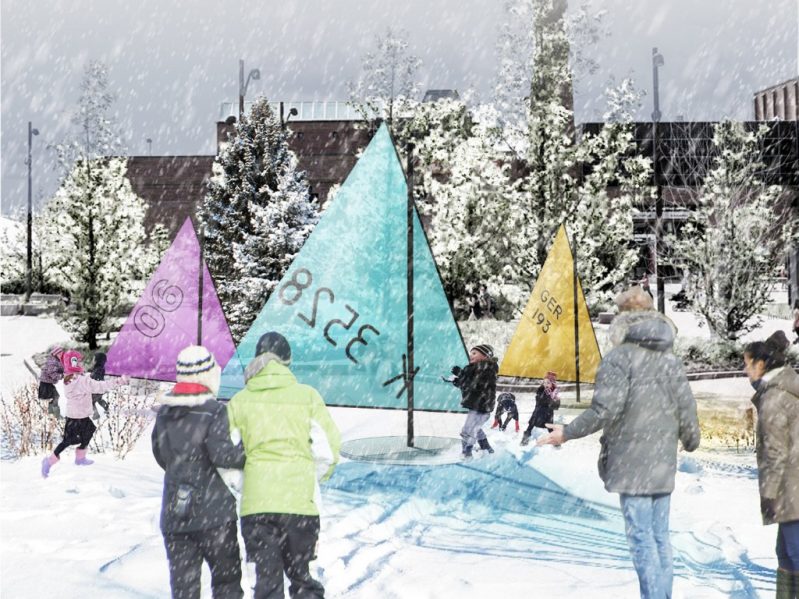 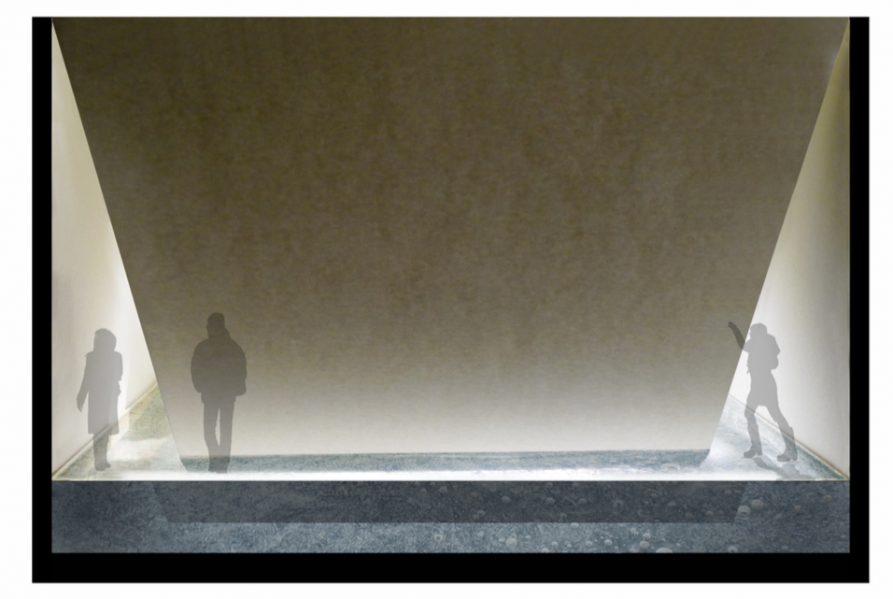 The Canadian winter is a landscape of contrasts: between empty blank whiteness and things not fully shrouded in snow and ice; between the (more-or-less) static physical world and the temporal surfaces of frozen water that accumulate and dissipate over it; between being inside, in the warmth, and being outside, in the cold. ‘ICEBOX’ seeks to manifest these contrasts and provide space for introspection, social interaction, and shared appreciation of winter. 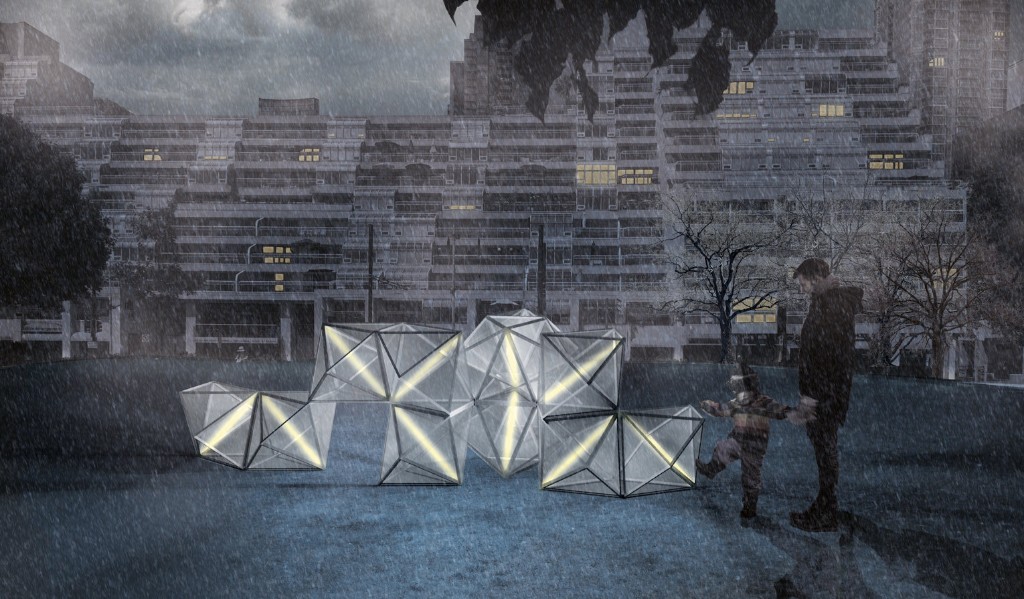 The shimmering lights emitted from ‘White Diamonds’ attract contemplation of these fragile, yet solid structures. The viewer is invited to engage with a poetic and dreamy focal point, in a vast winter landscape. 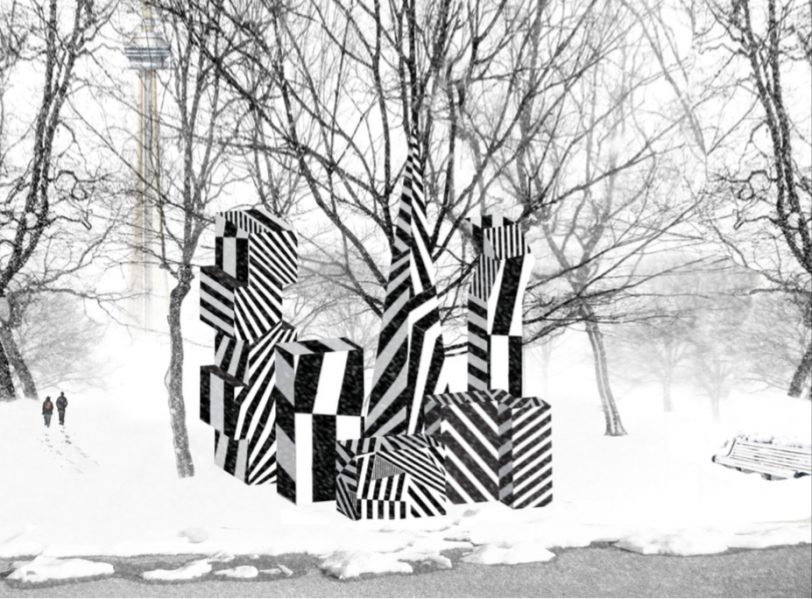 Using architectural massing models as the inspiration for the structures, ‘Incognito’ explores what happens when you make the City’s architectural interventions invisible. Adopting the same camouflaging technology used by warships, the wintery environment will render the installation truly incognito, shaping the public’s interaction with the piece. 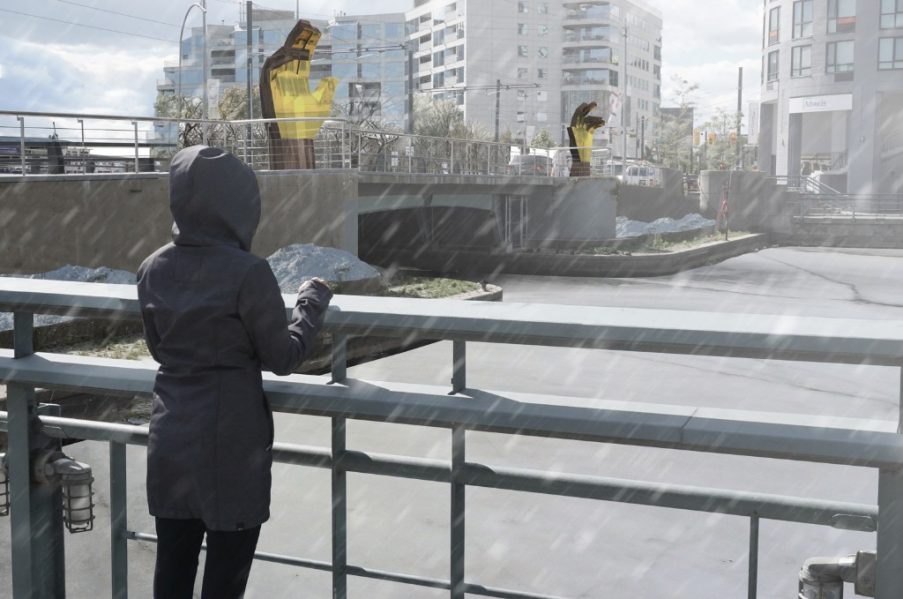 A set of faceted wooden hands rise three metres from the lookouts at the Peter Street Basin. Their gold-mirror palms bath the basin in a warm sun-like glow.

Number of tech jobs soars in Canada in past five years: CBRE